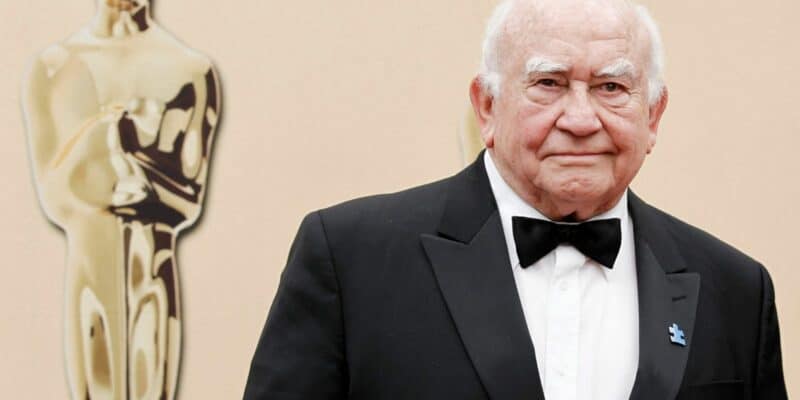 The late Ed Asner, perhaps best known as the voice of Carl Frederickson in Disney-Pixar’s Up (2009), passed away this week, leaving behind a Hollywood legacy of helping to bring families together.

Related: Pixar’s ‘Up’ and ‘The Sound of Music’ Star Christopher Plummer Passes Away

Asner — a seven-time Emmy Award winner whose resume also included Santa Claus in Will Ferrell’s Elf (2003), Lou Grant in The Mary Tyler Moore Show (1970-1977), and Bart Jason in El Dorado (1966) — had another role in a popular Walt Disney Company franchise, long before it was actually owned by Disney.

That’s right — Ed Asner was the voice of the iconic Star Wars character Jabba the Hutt in a little-known radio program that aired between the releases of the final original trilogy film Star Wars: Episode VI – Return of the Jedi (1983) and the first prequel trilogy movie, Star Wars: Episode I – The Phantom Menace (1999).

Jabba Desilijic Tiure, who was, intriguingly, modeled after another Hollywood legend, British actor Sydney Greenstreet, is one of the most well-known Star Wars characters of all time.

Even people who aren’t Star Wars fans know about the sluglike crime lord — eventually killed by Princess Leia (Carrie Fisher) during she and Luke Skywalker’s (Mark Hamill) daring rescue of carbonite-encased Han Solo (Harrison Ford) — who ruled Tatooine (and, let’s face it, most of the galaxy) from his throne.

One article perfectly summarizes the NPR radio program that led to Asner’s role as Jabba:

At the time, NPR had an ongoing series called NPR Playhouse, and so Star Wars was perfect for them to adapt at this time because of its popularity. And the installments even included some of the original cast. For Star Wars and Empire, Mark Hamill reprised his role as Luke Skywalker. Billy Dee Williams returned to voice Lando Calrissian for Empire only. And Anthony Daniels voiced C-3PO for all three installments.

The series did face a few production hiccups, but eventually made it on the air:

Though, the Return of the Jedi drama did not air until 1996 due to conflicts between NPR and Lucasfilm. Eventually, the series’ CD and cassette tape producer, Highbridge Audio, took over the final radio drama in cooperation with NPR and Lucasfilm. And the series was apparently popular enough to get Ed Asner on board, and even John Lithgow, who voiced Yoda in the Episode VI audio drama.

If you are interested in listening to the full three-hour NPR Star Wars: Return of the Jedi radio drama, you can do so below:

Asner, Edward Actor; appeared in Gus (Hank Cooper) and Perfect Game (Billy Hicks), and on television in The Christmas Star and the series Thunder Alley. He appeared on The Disney Channel in A Friendship in Vienna. He provided a voice on Gargoyles, and that of Carl Fredricksen in Up.

Did you know Ed Asner was part of the Star Wars universe?