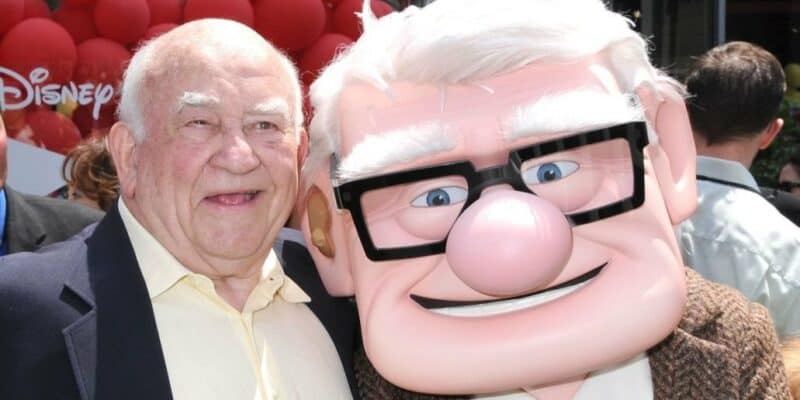 Ed Asner, the voice of Carl Fredricksen in the popular Disney/Pixar film UP has died. He was 91 years old.

We are sorry to say that our beloved patriarch passed away this morning peacefully. Words cannot express the sadness we feel. With a kiss on your head- Goodnight dad. We love you.

We are sorry to say that our beloved patriarch passed away this morning peacefully. Words cannot express the sadness we feel. With a kiss on your head- Goodnight dad. We love you.

While Asner is most well-known for playing the crotchety, but loveable Carl Fredricksen, he did a lot more work for Disney that spanned decades. According to Disney Wiki Fandom:

For Disney, he voiced Carl Fredricksen in the 2009Disney/Pixar animated feature film, Up and the 2021Disney+ original series Dug Days. He also played Hank Cooper in Gus, Horace McNickle in the Walt Disney’s Wonderful World of Color episode, “The Christmas Star”, Grumps in Bonkers, Georgie’s “evil voice” in Dinosaurs, Hudson, Jack Danforth, a helicopter pilot, and Burbank in Gargoyles, Thaddeus T. Third V in Recess, Mentor in Hercules: The Animated Series, The Fixer in Buzz Lightyear of Star Command, Napoleon in W.I.T.C.H., and Mr. Big in Teamo Supremo. He also made a guest appearance in the 1984 TV special, Donald Duck’s 50th Birthday.

Born in Kansas City, Missouri in 1929, Ed Asner began his acting career in 1957. Asner has over 400 acting credits to his name and was nominated for an Emmy 20 times, winning 7. He is also well-known for his role as Lou Grant in the popular series The Mary Tyler Moore Show. Asner was well-regarded as an actor who could nail roles in both comedy and drama.

Even though he was 91-years old, Asner showed no signs of slowing down with his acting. According to his IMDB page, the actor had five films in post-production, was filming another, had six films in pre-production, and had been announced as an actor in five others.

If you would like to see Asner in some of his best Disney and Pixar roles, UP, Dug Days, and Gargoyles are currently all available to stream on Disney+.

Please join us in sending our deepest sympathies to the family of Ed Asner.