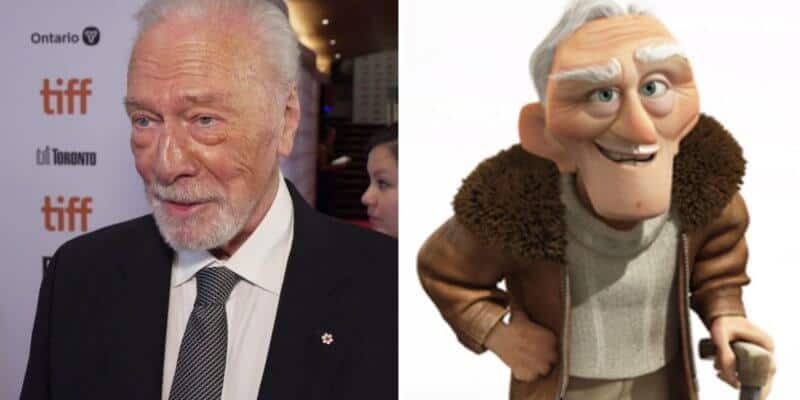 There are some veteran stars in Hollywood that everyone knows about thanks to their long career and talent. Christopher Plummer is surely one of those actors.

Best known for playing Captain Von Trapp in the Oscar-winning musical The Sound of Music (which can be found on Disney+), Plummer has also provided his voice to a Disney villain in the Pixar animated film, Up, — Charles Muntz.

Christopher Plummer passed Friday morning at the age of 91. Despite being a 91-year-old, Plummer was still active and was working on various film sets up until now. Indiewire noted that “He died peacefully at his home in Connecticut alongside his wife Elaine Taylor”.

Related: An elopement inspired by Pixar’s “Up” is perfect for a Disney-loving couple

According to Deadline Lou Pitt, his longtime friend and manager of 46 years said, “Chris was an extraordinary man who deeply loved and respected his profession with great old fashion manners, self-deprecating humor and the music of words. He was a National Treasure who deeply relished his Canadian roots. Through his art and humanity, he touched all of our hearts and his legendary life will endure for all generations to come. He will forever be with us”.

Canadian actor Christopher Plummer kept strong ties with the country throughout his whole career. He was born in Toronto and raised in Quebec, and began his film career in 1958 with Stage Struck.

Of course, The Sound of Music (Captain Von Trapp) launched Plummer to fame in 1965 alongside Julie Andrews. Plummer won a Tony Award in 1974 for Best Actor in a Musical for the film Cyrano and again in 1997 for Best Actor in a Play for Barrymore. He also has two Primetime Emmy Awards including 1997’s Outstanding Actor for Arthur Hailey’s the Moneychangers and Outstanding Voice-Over Performance in 1994 for the series Madeline.

More recently, Christopher Plummer starred in the popular series Departure alongside Archie Panjabi. He also was in the Oscar-nominated film Knives Out.

Knives Out co-star Chris Evans (AKA Captain America if you’re a Marvel fan) Tweeting his sympathies about the loss.

This is truly heartbreaking. What an unbelievable loss. Few careers have such longevity and impact. One of my favorite memories from Knives Out was playing piano together in the Thrombey house between set ups. He was a lovely man and a legendary talent

This is truly heartbreaking. What an unbelievable loss. Few careers have such longevity and impact. One of my favorite memories from Knives Out was playing piano together in the Thrombey house between set ups. He was a lovely man and a legendary talent. ??? https://t.co/eFwNVe762w

As someone who used to pick up the phone whenever Christopher Plummer would call his Canadian management team, I can say that he was always lovely to speak with and incredibly humble. I would always address him as Mr. Plummer, and would always be met with the response, “Please, just call me Chris.”

Well, Chris, the rest of us thank you for all the entertainment you have brought to us over the past years — from laughter to tears, it will all live on forever. Our thoughts and prayers go out to the family.

What is your favorite Christopher Plummer movie? Let us know below!