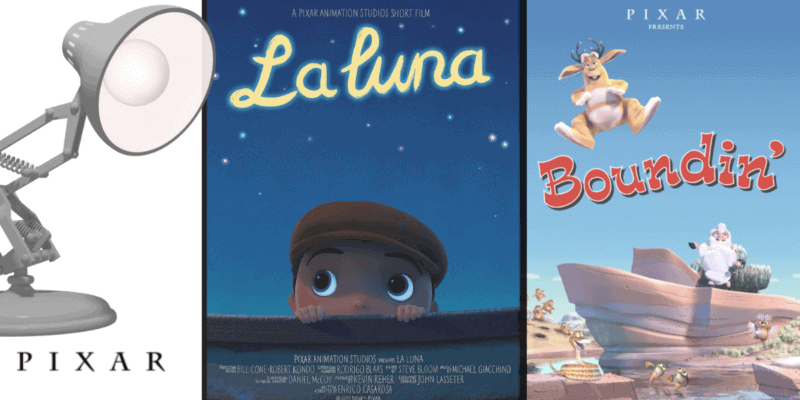 If you are looking for a way to lift your spirits during difficult times, we have a solution for you — Lean on a bit of Disney magic!

No matter what you may be going through, something that I’m sure we can all relate to is the uncertainty and the unknown. It can be scary. But when I need something to fall back on, I can always rely on my love for Disney magic.

Pixar Animation Studio has a special gift of creating short film after short film that resonate on an emotional level with their audiences. Ever since Pixar released their first feature film — Toy Story — each and every story since has been one filled with magic and increasingly breathtaking visuals.

Being a huge Pixar fan myself, I’ve found that taking just a few minutes out of my day to watch an animated short has left me smiling and feeling more joyful than ever. While there are so many different Pixar films that I could get into, I wanted to focus in on their short film series and share a list of my top five most heartwarming Pixar shorts. My hope is that these will especially resonate with you as well.

I’ve always loved La Luna, not only for its breathtaking visuals in animation, but also for the concept of the story. There’s an idea that each and every special thing that we enjoy in the world — in this case a beautiful moon– is made possible by the care and attention of someone else.

I think this idea is especially relatable if you think about how it applies to the current times. Every single thing that we need and enjoy is at the hands of an essential worker who may be working all sorts of odd hours to make sure we have the things that we want and need. There’s real beauty in that idea right now.

I think Piper is a heartwarming short film in the way that the main character –the baby bird– learns to overcome his fear by the end of the story. You can’t help but root for him throughout and smile as you see him frolicking along the beach at the end, happily picking up shells and playing in the ocean.

The Pixar short film Geril’s Game, is onee of the first shorts I remember watching as a kid. This is the perfect little laugh when you need to find some humor in your life. Geril spends the whole short playing chess against himself, only to literally turn the table at the end of the film!

One of the heartwarming moments that I like about Boundin’ is when the wise jackalope comes into the short and teaches the lamb how to rebound from life’s troubles.

I don’t know if it can get quite more relatable than that in a Pixar short. Sometimes the best thing we can do is remember to take life as it comes and ‘bound bound bound and rebound’ as the jackalope sings!

Sanjay’s Super Team ranks at the top of my list for incredible Pixar shorts! The story focuses on a young boy who cares more about his comics than his Hindu religion. All the while, his imagination is running wild and he is going on an exciting adventure with his deities. This colorful and thrilling animated short film will remind you of the power of imagination, and will make you smile with its overarchingly positive family message.

Will you be adding any of these Pixar shorts to your quarantine watch list?