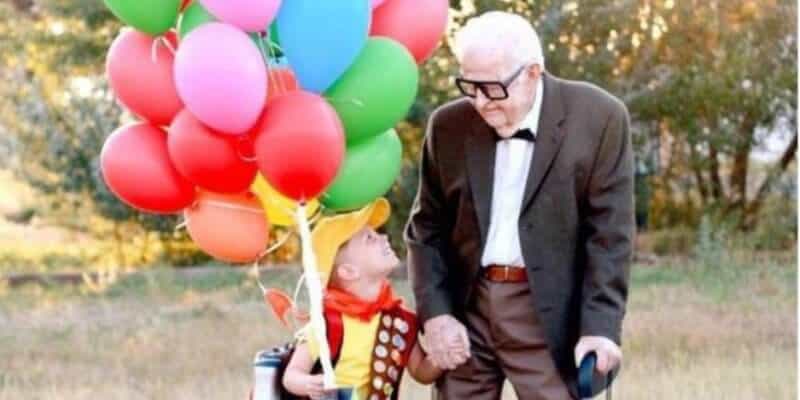 Five-year-old Elijah Perman loves the Disney/Pixar movie, “Up,” so when his mom asked him what theme he wanted for his birthday photoshoot, he knew immediately that he wanted to dress up as Russell, the Wilderness Explorer.

The photos included several props, like a tiny replica of the house from the film, brightly-colored balloons, lots of Wilderness Explorer badges, as well as a water hose like the one Carl Fredricksen uses to pull his house closer to Paradise Falls. They were taken by Elijah’s mom, Rachel, who works as a part-time photographer. Elijah has a twin sister who also celebrated her 5th birthday with a photoshoot; she chose a unicorn theme.

Mrs. Perman said she doesn’t usually post very many personal photos, but this particular Pixar-themed photoshoot was perhaps the most meaningful one she has photographed yet. That’s because almost 5 years ago, just after the birth of her twins, Rachel Perman was diagnosed with cancer.

“I had fears [about whether] I would even get to see their fifth birthday,” Elijah’s mom said. “My oldest [child] was five at the time, and I hated not knowing if I would get the same time with the twins that I got with her.”

“It’s a celebration for me and them!” she said with a thankful and happy heart.

Happy birthday Elijah, and congratulations to your Mom!

Have you ever documented a special achievement or accomplishment with a photoshoot? Did you incorporate a Disney or Pixar theme with your shoot? We’d love to hear from you and see some of your photos in the comments below!