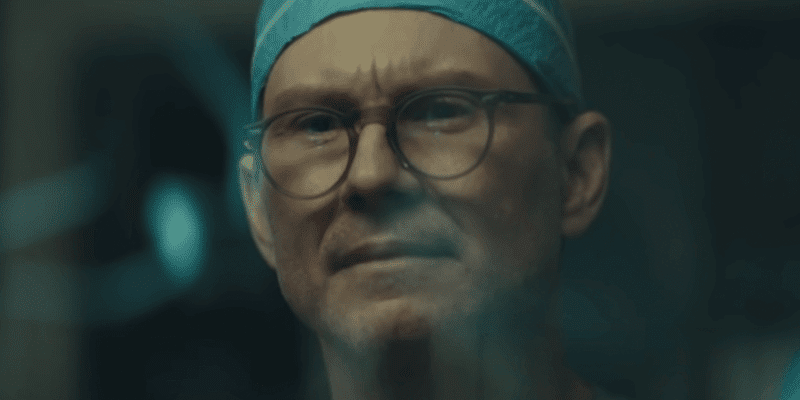 The announcement also shared details about the voice cast who will be appearing:

Ren, it is important to note, is not Kylo Ren, but the “Ren” a young Ben Solo killed in order to become the leader of the Knights of Ren in the first place.

Their rather long and complex tale is not explored whatsoever in the Star Wars sequels — Episode VII – The Force Awakens (2015), Episode VIII – The Last Jedi (2017), and Episode IX – The Rise of Skywalker (2019) — which led to a lot of questions about how, exactly, Han Solo (Harrison Ford) and Princess Leia Organa’s (Carrie Fisher) son became Supreme Leader Snoke’s righthand man.

Now, thanks to this upcoming Halloween special, Star Wars is opening the door to further explaining Kylo Ren’s origin — and to filling plot holes the sequels never bothered to explain.

Although there has been no confirmation of whether or not Slater could ever portray Ren in a live-action movie or series, there are plenty of rumors about the dark side of the Force playing a larger role in the Star Wars universe moving forward — both Leslye Headland’s (Russian Doll) The Acolyte series and J.D. Dillard’s (Sleight) reported Exegol film are set to focus more on the Sith and their companions than on the Jedi Order.

The official introduction of Ren — even in LEGO animation form — is an intriguing move and could lead to extremely interesting developments for the Star Wars story in the not-too-distant future.

“Ren” was the alias of a Force-sensitive human male who led the Knights of Ren during the era of the New Republic. A user of the dark side of the Force, Ren was heavily scarred and disfigured, though made no attempt to hide the damage. During his time with the Knights of Ren, Ren sought to induct other dark side users into their ranks.

After encountering Ben Solo, Padawan to Jedi Master Luke Skywalker, during a confrontation on the planet Elphrona, Ren sensed that the Force was strong with the young Jedi, and suggested that he follow the path of the dark side. Several years later, Solo contacted Ren seeking to join the Knights of Ren after the Jedi Order fell to ruin.

Would you like to see Christian Slater’s Ren appear in live-action?