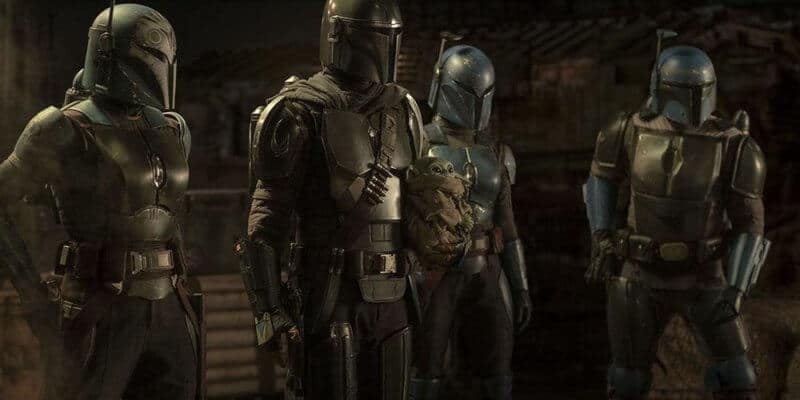 From the moment Jon Favreau and Dave Filoni’s The Mandalorian debuted on Disney+ in 2019, it did something that is nearly impossible. The show enraptured both the Star Wars fan community and those who had never seen a Star Wars movie or animated series before.

Fans have loved watching the adventures of Mandalorian bounty hunter Din Djarin (Pedro Pascal) and his 50-year-old infant founding, Grogu (AKA Baby Yoda), over the course of two seasons so far.

This is, in large part, due to the fact that Djarin himself doesn’t know these famous characters — he is learning who they are right alongside new viewers.

In The Mandalorian Season 2 finale episode, for example, Djarin asking iconic Jedi Knight Luke Skywalker (CGI Mark Hamill), “Are you a Jedi?” was a masterful way to work Skywalker back into the Star Wars universe without assuming everyone watching had seen the original trilogy or the sequel trilogy.

In true Star Wars fashion, a visual guide was planned for The Mandalorian. Yesterday, however, DK Books US Tweeted that plans for the upcoming Star Wars publication have been put on indefinite hold at this time:

Due to the ever-expanding world of The Mandalorian, we will no longer be publishing The Mandalorian Ultimate Visual Guide at this time, as the story continues to unfold on screen.

Due to the ever-expanding world of The Mandalorian, we will no longer be publishing The Mandalorian Ultimate Visual Guide at this time, as the story continues to unfold on screen.

Related: ‘Mandalorian’ Fans Aren’t “Supposed to Know” If They Can Trust Bo-Katan

Neither the publishing company nor Lucasfilm/The Walt Disney Company have officially confirmed why the publication has been canceled.

What could be next for The Mandalorian?

At first glance, it seems that The Mandalorian Ultimate Visual Guide might have been put on hold due to the firing of Gina Carano from the Star Wars franchise. It has been confirmed that Carano’s Cara Dune will not be recast.

This has undoubtedly thrown a wrench into plans for The Mandalorian universe moving forward. The character was initially rumored to have a starring role in upcoming Mandalorian spinoff Rangers of the New Republic — Dune’s Season 2 arc focused on her becoming a New Republic Marshal on Nevarro.

Now, reports indicate that Star Wars Rebels fan-favorite Hera Syndulla (voiced by Vanessa Marshall) could make her live-action debut in a Rangers leading role. This alone could, of course, play into changes that need to be made to the Ultimate Visual Guide book.

Furthermore, since Djarin has now completed his two-season-long quest to deliver Grogu to the Jedi Order, it is possible that the cutest character in the galaxy won’t appear in The Mandalorian Season 3 (at least initially).

Gizmodo shared details about the possible reasons why the publication has been canceled at this time:

A source close to Disney Publishing told us the reason for the cancellation was due to scheduling and unrelated to anything regarding Cara Dune.

In addition, if you take the DK and Del Rey statements at face value, a less scandalous plot might emerge. As the statements say, the world of The Mandalorian has expanded significantly since last June. Now, not only is there the main show, there’s the upcoming Book of Boba Fett, Rangers of the New Republic, and Ahsoka shows, all of which are going to tie together in some form. Maybe once all of those characters and stories were officially confirmed to be happening, the books were contradictory or outdated.

Another possibility is that Lucasfilm saw the positive response to the reemergence of Luke Skywalker and decided to go ahead with the rumored Luke Skywalker streaming series that would reportedly make Luke’s Star Wars Legends wife, Mara Jade Skywalker, canon.

In the Expanded Universe, Mara Jade appeared in the Thrawn Trilogy of novels — since we know Grand Admiral Thrawn is likely to be the villain in The Mandalorian saga moving forward, it would make sense to introduce her.

Doing this, however, would certainly throw a wrench into what was likely already planned for the Mandalorian guide book.

The implication of all of this is that fans should be expecting major twists and turns as The Mandalorian Season 3 approaches. No matter why this major publication was pulled, it indicates that changes have been made to plans for the latest Star Wars “trilogy” — The Mandalorian, Ahsoka, and Rangers of the New Republic — and supplemental series, The Book of Boba Fett.

Who knows — we might even see Han Solo make a cameo appearance on Tatooine in Book of Boba.

Creator Jon Favreau and executive producer Filoni are famously tightlipped about their ever-expanding corner of the Star Wars galaxy, so we don’t know much about the upcoming season for sure. What we can be certain of, though, is that whatever the duo have up their collective sleeve, it’s going to be well worth the wait until 2022.

What do you think is happening with The Mandalorian that caused this book to be canceled?

If you’d like to get your Star Wars fix now, the Emmy-winning The Mandalorian and the entire Skywalker Saga can be streamed anytime on Disney+.