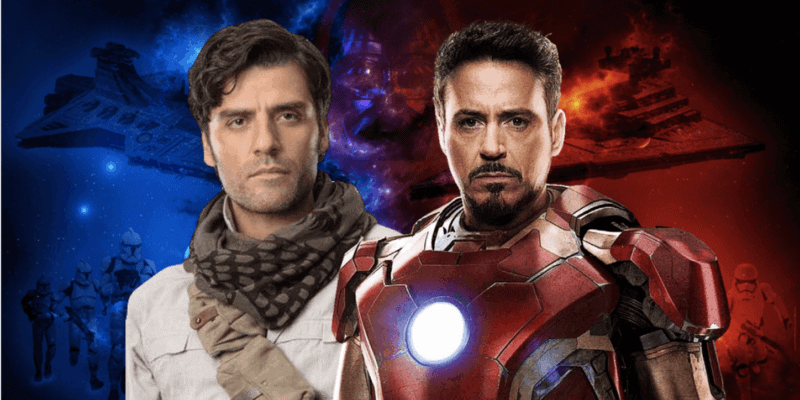 Chilean-born actor Oscar Isaac — known previously for Inside Llewyn Davis (2013) and A Most Violent Year (2014) — really made a name for himself as General Leia Organa’s (Carrie Fisher) ace Resistance pilot in the Star Wars sequel trilogy between 2015 and 2019.

This hasn’t, however, stopped the actor from doing work under the Walt Disney Company banner.

In October 2020, we reported that Isaac was in negotiations to play the lead role in Marvel Studios’ upcoming Disney+ streaming series, Moon Knight. Now, Canadian cinematographer Gregory Middleton has confirmed both his and Isaac’s involvement in the series on Instagram.

Well the secret is out. It’s an honor to be part of introducing a new character to the MCU #MoonKnight. Who says cinematographers worry about white costumes! … not if they are complex characters played by an amazing performer like @officialoscarisaac. Thank you director Mohaed Diab and the #mcu for inviting me aboard.

While this is exciting news for Oscar Isaac fans no matter how you slice it — Moon Knight/Marc Spector is an intriguing comic book character who has multiple personalities — it is also exciting for Marvel fans and Star Wars fans at large because it opens the door for something that has never previously been done, allowing actors to cross from the Star Wars universe to the Marvel Cinematic Universe and vice versa.

This is particularly interesting timing as the internet is abuzz with rumors that Marvel Avengers and Iron Man trilogy star Robert Downey, Jr. is in talks with Mandalorian creator and showrunner Jon Favreau to join The Mandalorian saga as Grand Admiral Thrawn.

Thrawn — who originally appeared in Star Wars novels and later in the animated series Star Wars Rebels — is expected to make his live-action debut in The Mandalorian spinoff, Ahsoka. Rosario Dawson will reprise her role as the Star Wars: The Clone Wars and Rebels fan-favorite character as she searches the galaxy for villain Thrawn and Jedi Ezra Bridger (voiced by Taylor Gray).

RDJ, akin to Isaac’s exit from Star Wars, previously stated he was done with the MCU. This freed the actor to pursue other projects, including other work in Disney-owned franchises.

While some worry that both Marvel and Star Wars actors could be too entrenched in their original roles, which have huge fan bases, casting these popular actors as characters who are completely different from their most well-known onscreen personas is a good way to avoid confusion and frustration among fandoms.

Thrawn, for example, is nothing like Tony Stark/Iron Man — the blue-skinned villain is cool and calculating, where Stark is charming and charismatic. Moon Knight, on the other hand, is intense in a completely different — and darker — way than Poe Dameron.

The official description for the series confirms that Marc Spector’s specific alternate personalities will be their own characters in the show, in full it reads: “The Marvel Studios original series for Disney+ centers on the character Marc Spector aka Moon Knight, a complex vigilante who suffers from dissociative identity disorder. These multiple identities who live inside him are distinct characters in the series and will appear against a backdrop of Egyptian iconography.”

Isaac — whose ’90s ska band recently made headlines when it was discovered they opened for Green Day and the Mighty Mighty Bosstones — is also set to appear in the upcoming movie adaptation of the Metal Gear Solid video game franchise as main character Solid Snake.

Next for RDJ are All-Star Weekend and Sherlock Holmes 3. The former Avenger does not yet have any official ties to a Star Wars series or movie, but stay tuned to Inside the Magic for all of the latest news about his potential move from the likes of Avengers: Infinity War (2018) and Avengers: Endgame (2019) to a galaxy far, far away.

Would you like to see more actors and actresses portray characters in both Star Wars and Marvel films and streaming series? Is Oscar Isaac paving the way for RDJ to make the switch successfully?