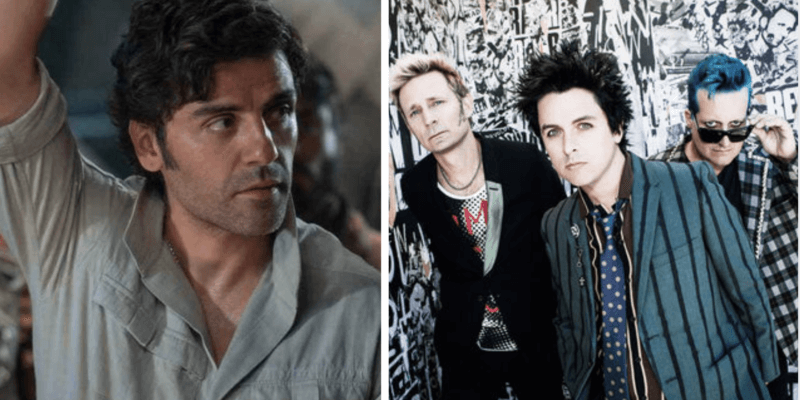 When you begin thinking about connections within the entertainment industry, “Star Wars” and “Green Day” probably isn’t the first combination that comes to mind.

Yet, there is a strange connection between the unlikely duo: Poe Dameron actor Oscar Isaac once had a 1990s ska band that opened for the likes of Green Day in his younger years.

Twitter user Machine Gun Handsome_Pal shared the following post — which now has over 20,000 likes — featuring a photo of Isaac and his band, with the caption:

Still thinking about Oscar Isaac’s ska band that opened for Green Day and The Mighty Mighty Bosstones in the late 90s.

Still thinking about Oscar Isaac’s ska band that opened for Green Day and The Mighty Mighty Bosstones in the late 90s. pic.twitter.com/lOSOXK5Vzs

The band in question was called The Blinking Underdogs and apparently had the pleasure of opening for heavyweights like Green Day and The Mighty Mighty Bosstones during their time together.

Isaac and his co-stars — Daisy Ridley, who played heroine Rey, and John Boyega, who played former stormtrooper Finn — have all indicated they do not intend to return to Star Wars.

Star Wars fans did not react to the final three films in the Skywalker Saga with overwhelming positivity, with some of the backlash ultimately sending one actress, Kelly Marie Tran (Rose Tico), to therapy.

Isaac has, however, recently signed-on for another project under The Walt Disney Company banner. He will be playing the title role in Marvel Studios’ Moon Knight series on Disney+ — so, perhaps, never say never about a Star Wars reappearance since Isaac has proven he’s still open to doing projects under the Disney banner.

The Guatemalan-born, Golden Globe-nominated actor also has several other projects in the works. Most notably — in addition to his role in  Moon Knight — he will play Duke Leto Atreides in Dune (2021), William Tell in The Card Counter (2021), and main character Solid Snake in the just-announced movie adaptation of the Metal Gear Solid video game franchise.

Check out footage of Oscar Isaac’s band, The Blinking Underdogs, on YouTube below:

What do you think? Should Oscar Isaac continue his musical career or would you rather see him go back to Star Wars?

Comments Off on VIDEO: ‘Star Wars’ Actor Once Opened For Green Day