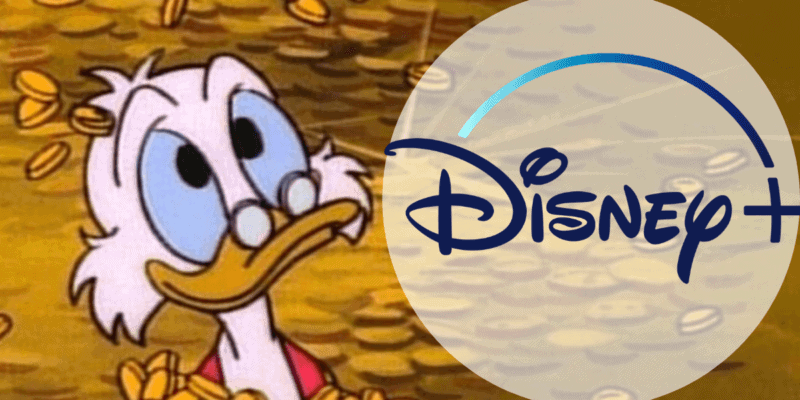 Here’s a reminder for all you Disney+ subscribers — the streaming service is having a price increase beginning March 26!

Don’t get caught off guard when your next payment comes out for the streaming service. If you act super quickly, you can avoid paying the increased rates for the next year.

Disney+ has grown exponentially since launching in 2019 and fans are more than likely to keep their subscriptions for another year. Let us show you how you can avoid a price increase on your Disney+ subscription!

(Note: Prices are based on U.S. subscriptions. Costs and details may vary depending on where you’re based).

That’s right — as of March 26, your subscription to Disney’s streaming service will now cost $7.99 per month, rising $1.00 from the current cost of $6.99. This price point is for a monthly subscription for just Disney+ (no Hulu or extras).

However, if you act now you can purchase an annual subscription for $69.99 before this too increases by $10.00 on Friday, March 26. This means that you’ll be able to pay the lower rate for a full twelve months before having to switch to the new prices.

Basically, if you’ve been unsure about downloading Disney+, now’s the time to purchase a year’s subscription!

It’s also worth noting that the Disney bundle, which includes a Disney+, Hulu, and ESPN+ subscription will rise by $1.00, from $12.99 to $13.99. This bundle is cheaper than purchasing all three subscriptions separately.

Is the new cost of Disney+ worth it?

Firstly, Disney+ is still cheaper than subscriptions to both Netflix and Amazon Prime. In the U.S., the basic Netflix subscription is $8.99, which is a dollar more than the new Disney+ monthly price. Equally, Amazon Prime currently comes with a pricey monthly cost of $12.99. However, it is worth noting that Amazon Prime comes with a bevy of additional features including free shipping.

However, we must also consider how much new content Disney+ has brought to the platform since it launched. One of the biggest criticisms of the streaming service was that it only offered a library of classic Disney, Pixar, Marvel, and Star Wars content.

We don’t need to tell you that the Mouse has certainly resolved this issue with cinematic original content such as WandaVision, The Mandalorian, and The Falcon and the Winter Soldier. Many would thus argue that the Disney+ price increase is justified, particularly if you live abroad and now have access to Star!

As we’re only one episode into The Falcon and the Winter Soldier, we certainly won’t be giving up our subscriptions any time soon!

What justifies the Disney+ price hike?

The Disney+ price increase comes after a good year and a half of enjoying the streaming service. In that time, the streaming platform has grown significantly.

Aside from the obvious original content like Star Wars: The Mandalorian and WandaVision, the platform offers additional features. While Hulu offers many adult-focused TV shows, Disney+ is bringing the goods with content for all the family to enjoy.

Additionally, it has Disney-specific content such as the upcoming Magic Kingdom universe, which helps it stand out from Hulu, Netflix, and Amazon Prime. With all the new IPs on the way such as Loki, Obi Wan Kenobi, and much more, Disney CEO Bob Chapek is confident in the platform’s continued success.

And as any Disney fan can tell you, the streaming service is still worth it for the consumer! Hey, it’s the closest thing some of us have to Hollywood Studios right now!

Disney+: the streaming platform that is rising to the top

The naysayers of Disney+ claimed that its collection of classic features wasn’t enough to exponentially grow the brand. However, as you can tell by this report from Visual Capitalist, Disney+ is now in a clear third place in terms of Western video streaming services.

Disney+ may have yet to catch up to Netflix and Amazon Prime, but it’s certainly getting there. The streaming platform has commissioned several exciting new originals which help increase its appeal. Additionally, it’s introduced industry-standard software such as parental restrictions and other new features.

Furthermore, it isn’t just Marvel and Star Wars content that’s coming our way, though MCU shows like Moon Knight as well as The Mandalorian season three are arguably the most anticipated. No, we also have Disney originals such as a live-action remake of Peter Pan as well as access to brand-new movies like Mulan.

It’s going to be incredibly interesting to watch Disney+ over the next few years and see who ends up on top.

What do you think of the Disney+ price increase? Let us know in the comments below.