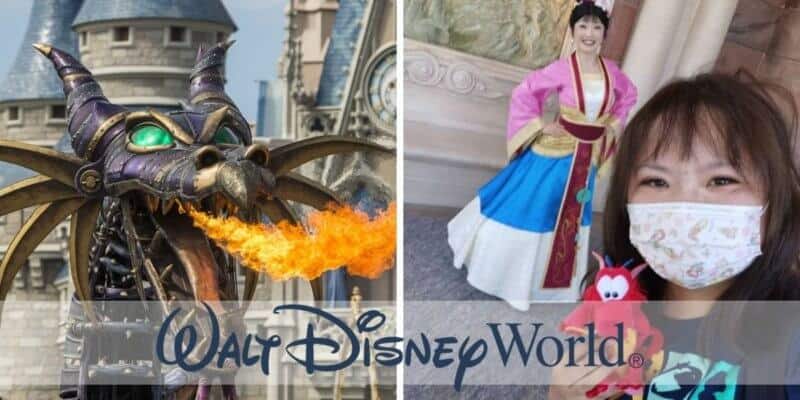 When Disney World opened back in July, they brought along some reimagined ways for Guests to spot characters, including on pop-up cavalcades at the theme parks and other surprise appearances of characters frolicking around, such as Joy and Pooh in the fields at EPCOT or Pooh and friends at Crystal Palace in Magic Kingdom.

Disney also recently brought Goofy and Pluto to some of the Disney World Resort hotels on property. The duo has been spotted at a few different hotels including Yacht and Beach Club!

But with the new year right around the corner, Guests have exciting things to look forward to as Walt Disney World previously confirmed that Guests will be able to see new character encounters in 2021 as “favorite Disney friends explore all four theme parks and Disney Resort hotels.”

At this time we don’t have much information regarding who Guests will spot or how they will appear. So, we put together a list of possibilities that we could see Disney take advantage of moving into the new year!

Walt Disney World has already debuted two characters so far — Goofy and Pluto — at select Disney World Resorts. However, Disney did state that new character encounters would be coming to the Resorts, so this means we could see additional characters or different experiences across property.

For example, maybe we will see Rapunzel and Flynn pop up at Disney’s Riviera Resort or Tiana and Naveen riding around Port Orleans Riverside in a horse and carriage. We could see Chip and Dale riding on a hayride through Disney’s Fort Wilderness or maybe Cinderella and Prince Charming waving to Guests at Disney’s Grand Floridian Resort and Spa in her horse and carriage. Over at Disney’s Polynesian Resort, we could see Moana or Lilo and Stitch show up and hula with Guests from a safe social distance.

We don’t yet know who will appear, but these are some experiences we hope we’ll see Disney introduce.

Another idea Disney World could be currently working on is the possibility of seeing more characters. Right now, Guests can spot some classic characters such as Mickey and the gang, a handful of Disney Princesses, Winnie the Pooh and friends, the Country Bears, Anastasia and Drizella, Joy from Inside Out, Pochantas and friends, and Elsa and Anna across all four theme parks, but what about other characters?

When Disney World first debuted the surprise character cavalcades in July, a lot of Guests were excited to see Rabbit from Winnie the Pooh and Jiminy Cricket from Pinocchio at Magic Kingdom, as both are considered more “rare” characters. So, why not bring back some other “rare” characters for Guests to snap photos of!

In addition, Tokyo Disney has implemented an Entry Request to allow Guests to visit with their favorite Disney characters, which is described as:

This Disney Character Greeting requires an Entry Request completed on the Tokyo Disney Resort App while inside the Park. You will be able to experience the greeting if you have been assigned a time slot through the Entry Request.

So, there’s a chance we could see Walt Disney World follow in both Shanghai Disney’s and Tokyo Disney’s footsteps eventually and implement both socially distanced selfies as well as an Entry Request program (or something similar) to allow for Guests to have that intimate meet and greet rather than just spotting them in a cavalcade.

We have seen Disney modify its cavalcades by utilizing the floats from the Move it! Shake it! Dance & Play it! Street Party, Mickey’s Boo-to-You Halloween Parade, and Once Upon a Christmastime Parade. So, moving forward, what if Disney utilized some other floats from other parades?

For example, could we see the iconic Maleficent dragon and Prince Phillip battle it out down Main Steet, U.S.A.? Or perhaps we could see Rapunzel and Flynn Rider on the Snuggly Duckling float from the Festival of Fantasy parade?

Walt Disney World has been bringing more modified character dining experiences to Guests ever since they reopened in July.  Topolino’s Terrace at Disney’s Riviera Resort, Garden Grill at EPCOT, and Chef Mickey’s at Disney’s Contemporary Resort all have already brought character dining back with modified experiences, so maybe we could Disney bring additional locations back next year.

We’re not sure what Disney has up their sleeve, but these are some of our hopes for 2021 in this pandemic-era of theme parks.

Anything is possible at Walt Disney World Resort, and Inside the Magic will update you as we get information regarding these new character encounters! If you want to visit Walt Disney World in 2021, be sure to work with our friends over at Academy Travel, who will be with you every step of the way planning your magical vacation. Get started today!

Are you excited to see what Disney World will bring with the new character encounters? Let us know in the comments below.