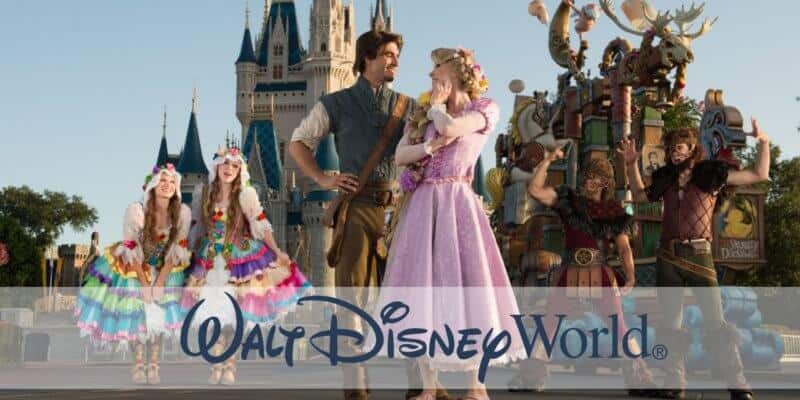 Walt Disney World has just confirmed some exciting new offerings coming to the theme parks in 2021 — including new character encounters throughout the Most Magical Place on Earth!

When Disney World opened back in July, they brought along some reimagined ways for Guests to spot characters, including on pop-up cavalcades at the theme parks as well as seeing some characters frolicking around, such as Joy and Pooh in the fields at EPCOT or Pooh and friends at Crystal Palace in Magic Kingdom.

For Halloween, Disney debuted a brand new Halloween Cavalcade at Magic Kingdom which featured Mickey Mouse, Minnie Mouse, Pluto, and other pals as they showed off their favorite Halloween costumes. There was also Pooh’s Halloween Trolley, Disney Villains Cavalcade, and Jack’s Nightmare Cavalcade.

And for the holiday season, Guests can currently see Mickey Mouse and the gang decked out in holiday attire, gingerbread men, elves, and even Santa Claus at Magic Kingdom as well as other characters in festive attire at the other theme parks! But once the holidays come to an end, will Disney bring back the original cavalcades that debuted in July?

Well, Disney World has released the following information when speaking on the upcoming 2021 vacation packages:

Although we don’t have much information regarding who Guests will spot or how they will appear, we now know that Disney is planning on bringing new character encounters to both the theme parks and resorts.

Disney also recently brought Goofy and Pluto to some of the Disney World Resort hotels on property. The duo has been spotted at a few different hotels including Yacht and Beach Club!

Walt Disney World could possibly be bringing more characters to the hotels. Maybe we will see Tiana and Naveen riding around Port Orleans Riverside in a horse and carriage. Or maybe we could see Chip and Dale riding on a hayride through Disney’s Fort Wilderness. We’re also hoping to see characters in the parks in new and exciting ways, if that’s something Disney is planning. Anything is possible at Walt Disney World Resort, and Inside the Magic will update you as we get information!

If you want to visit Walt Disney World in 2021, be sure to work with our friends over at Academy Travel, who will be with you every step of the way planning your magical vacation. Get started today!

Are you excited to see Disney announce new character encounters? Let us know in the comments below.

Comments Off on NEW Character Encounters Coming to WDW in 2021!