Characters Will Soon Appear at Disney Resort Hotels! - Inside the Magic 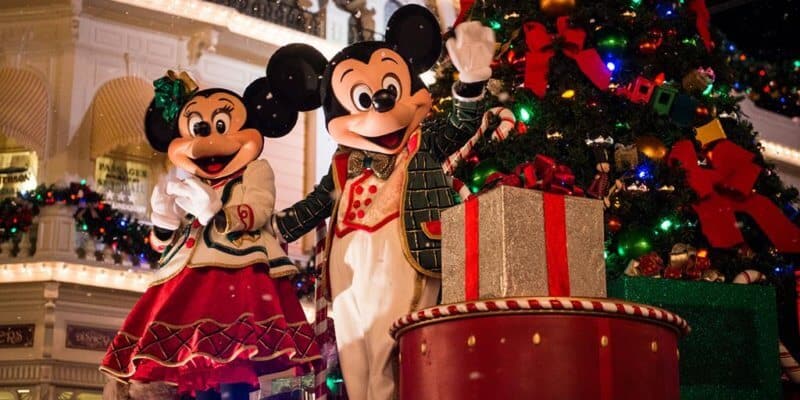 When Walt Disney World Resort reopened its theme parks and hotels to Guests back in July, they had several different safety protocols put into place in order to keep their Guests and Cast Members safe while at the Most Magical Place on Earth. One of those protocols was suspending traditional meet and greets with characters and parades in the theme parks. Instead, Walt Disney World has been hosting pop-up cavalcades and having characters wave to Guests from a safe social distance in other parts of the theme parks.

For example, Guests can find Joy frolicking through the fields at EPCOT or wave to Winnie the Pooh and friends over outside of Crystal Palace in Magic Kingdom. But, unfortunately, the only way Walt Disney World Resort Guests can see their favorite Disney characters is within the theme parks. Guests cannot see characters while visiting the hotels, unless they book a character dining experience (which are modified to keep in line with social distancing protocol at the moment). So, what if Disney started hosting pop-up character experiences at the hotels?

Well, rumor has it this may happen, and according to Disney it might be true. A recent Disney Parks Blog post shares details about what Guests can experience at the Disney Resort hotels this holiday season. And in that blog post, Disney hints at characters possibly popping up at the hotels:

From iconic Christmas trees to festive flourishes of garland adorning the front entrances and more, our resorts have decked their halls in celebration of the season for a fun holiday atmosphere. For instance, you can’t miss the massive and magnificent tree outside Disney’s Contemporary Resort. Or you can gaze in wonder at the tree stretching into the upper reaches of the soaring lobby at Disney’s Wilderness Lodge. Traditional tunes and holiday melodies fill the air in the classic setting of Disney’s Grand Floridian Resort & Spa, as a talented pianist performs live music most afternoons and evenings in the lobby. And while you’re visiting one of these magical places, you may just spot a favorite Disney pal taking in the sights, as well.

We here at Inside the Magic would absolutely love to see Disney bring some of our favorite characters to the hotels — and it actually wouldn’t be out of the norm for them to do this! In fact, Disney World has done this in the past (pre-pandemic) when Moana was set to hit theaters, they brought her to Disney’s Polynesian Resort to get Guests excited for the film. Chip and Dale also used to hang out around the campfire with Guests at Disney’s Fort Wilderness Campground.

In addition, when Disney was forced to close down the theme parks due to Hurricane Matthew in 2016, they brought some magic to the Resort as some Disney characters made surprise appearances and hosted dance parties so that Guests could still enjoy Disney, even with the theme parks closed.

And more recently, Mickey Mouse surprised Guests staying at Disney’s Coronado Springs on Halloween last year! He stopped by to take some pictures with the Guests in his festive Halloween costume.

Over in Disneyland Paris, characters including Mickey and the Gang, Pooh and friends, and others have been known for stopping by the hotels and freely roaming around in lobbies, greeting Guests, signing autographs, and snapping photos.

So, it’s not that far-fetched if Disney World were to begin bringing new pop-up character experiences to the hotels. Of course, with the current pandemic, characters wouldn’t be able to come up and say hello to give Guests hugs, but Disney could reimagine these “meet and greets” into something similar to what they are currently doing in the parks. The Disney Parks Blog post doesn’t give too much information about how this will work, but we are certainly excited to see characters at the resorts — from what we can tell from the paragraph we included above, directly from Disney, characters may start to appear at the Deluxe Resorts first.

However, in the future, we’d love to see Tiana and Naveen riding around Port Orleans Riverside in a horse and carriage. Or maybe we could see Chip and Dale riding on a hayride through Disney’s Fort Wilderness.

Personally, I would love to see Disney do this and bring some Disney magic to the Resorts, especially with fewer other entertainment options like not as many character dining options, no dinner shows, and no character meet and greets at the park. This could be a new, fun way to continue spreading pixie dust and creating memories for Guests that will last a lifetime.

Would you like to see Disney World bring character experiences to the resorts? Let us know in the comments below.

Comments Off on Characters Will Soon Appear at Disney Resort Hotels!