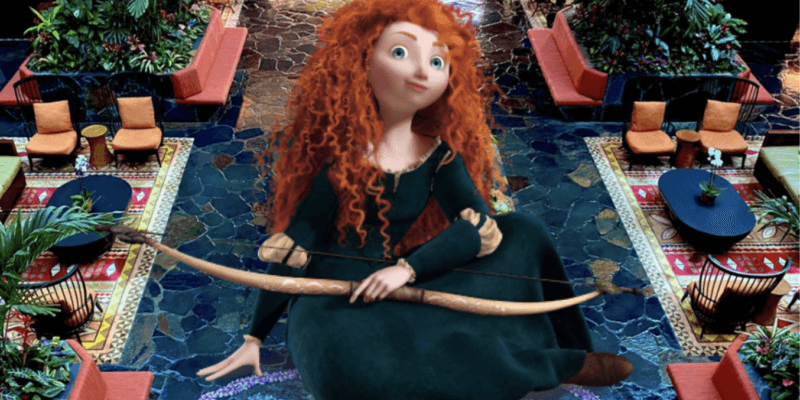 It’s not the easiest time to be a Disney Parks fan. With most of the world’s Disney theme parks, including Disneyland and Walt Disney World, closed until further notice, park goers are looking for pixie dust anywhere and everywhere they can.

Now, the lobby of the Polynesian Resort has some new Cast Member artwork on the floor! Twitter user @trickyricky_85 shared a photo of the word “BRAVE” written in flowers in front of the famous tiki statue located in the Walt Disney World Deluxe Resort‘s Great Ceremonial Hall.

Spotted this while at work today pic.twitter.com/56Wia2sZIx

The encouraging Disney Polynesian message resembles the logo for the Disney/Pixar movie, Brave, and serves to remind both Disney staff members and fans alike that they need to continue to stay strong during this trying time.

In addition to the efforts of resort Cast Members, the Disney Parks executive team has been sending inspirational messages to their social media followers in recent days. Both Disney World President, Josh D’Amaro, and Disneyland Resort President, Rebecca Campbell, have let fans know that Disney magic is still alive and well at both U.S. Disney theme parks.

Furthermore, the American flag raising and lowering ceremonies at Magic Kingdom in Orlando and Disneyland Park in Anaheim are set to continue for the remainder of the Disney parks’ temporary closure.

Walt Disney Company officials have made no official announcement regarding the reopening of any parks or resorts in the United States, including the popular Disney’s Polynesian Village Resort, which also offers DVC overwater bungalows. The team at Inside the Magic will continue following the situation and post pertinent updates as we receive them.

Do you love the inspiration Walt Disney World Resort Cast Members are spreading during the park closures? Do you think other resorts, like the Grand Floridian, will send encouraging messages to fans soon? Tell us your thoughts in the comments!

Comments Off on Inspiring Message at Disney’s Polynesian Resort Reminds Us to Stay “Brave”!