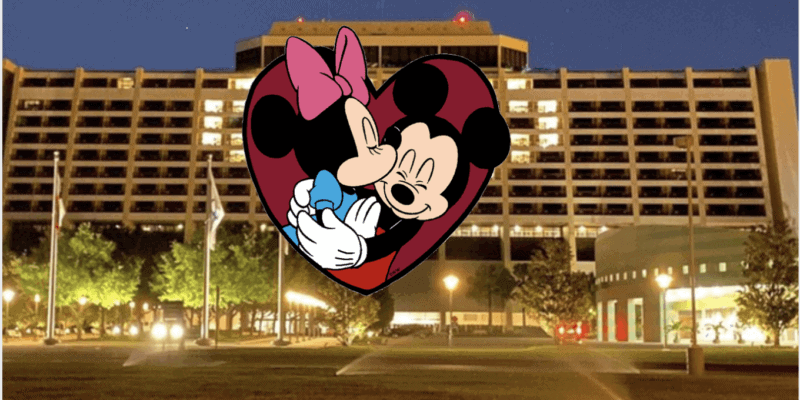 We can all use some extra love and Disney magic right now! Instagram user @tradzak added some pixie dust to his account with these photos of Disney’s Contemporary Resort lit up with a heart yesterday.

The Contemporary Resort is one of the most iconic hotels on Disney World property. It was there (alongside the Polynesian Resort) when WDW opened on October 1, 1971, so it’s particularly fitting that it is serving as a beacon of hope during this challenging time in the Disney Parks story.

The heart is meant to thank Disney Cast Members and fans alike for their continued support of Disney Parks during this difficult time. Disney has been trying to encourage Disney World and Disneyland park goers however they can while the theme parks remain temporarily closed.

The Cast Members who are still staffing Bay Lake Tower at Disney’s Contemporary Resort also got in on the fun. The DVC property featured a giant Mickey Mouse silhouette!

The entire team at Disney Parks and Resorts, from the executive board to the Contemporary Resort Cast Members who lit the heart, want fans to know that Disney magic is still alive and well, no matter how long the theme parks are closed.

Although no official announcement has been made regarding Disney parks reopening dates, many signs indicate that it may be on or around June 1. Both WDW and DLR’s websites have begun allowing resort reservations for that date and Disneyland has a special resort offer that begins with June 1 arrivals.

What’s your favorite thing the Disney Parks team has done to keep the magic alive during the closure? Tell us in the comments!

Comments Off on Disney’s Contemporary Resort Lit Up With Sweet Heart!