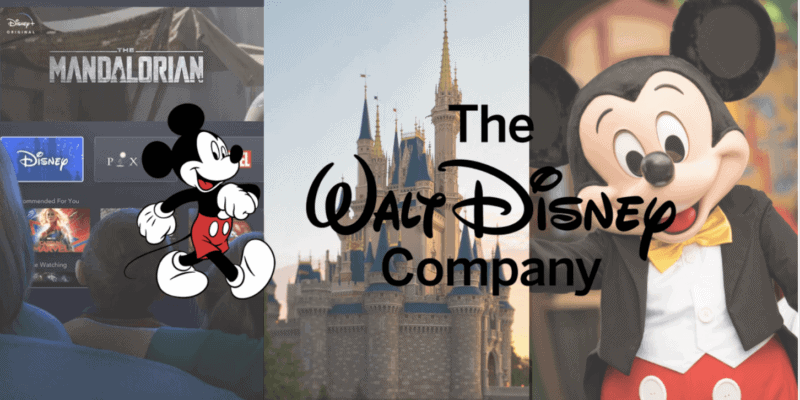 The Walt Disney Company has faced innumerable struggles this year amid the ongoing COVID-19 pandemic. In addition to being forced to shutter all six of its global theme park properties for months — Disneyland Resort still hasn’t reopened and Disneyland Paris recently re-closed — film production was shut down around the world and live sports were canceled, heavily impacting Disney-owned ESPN.

Needless to say, all of this greatly impacted Disney’s stock price. The company has, however, begun to recoup some of its losses in that arena. As per a recent Forbes report:

In layman’s terms, this means that, although Walt Disney Company stock has started to recover, it has not done as well as the stock index as a whole. Forbes’s analysis continues:

…with Disney’s traditional business segments like parks and resorts being severely affected by the pandemic induced lockdowns, Disney’s stock has underperformed the broader market over recent months. The uncertainty regarding the company’s media, studio, and parks businesses functioning to full capacity anytime soon, due to the recent surge in Covid positive cases in the US and Europe, coupled with a high debt burden, will prevent the company’s stock from seeing a major rise anytime soon.

In short, this indicates that Disney stock is not a surefire purchase right now — but historically, it is one of the most resilient stocks money can buy. Whether or not you care about the stock market specifically, if you are a Disney fan, this matters to you.

“Why?” you ask? Read on for your answer.

A company’s stock price is a solid indicator of its overall performance across all of its sectors. In the case of a media and entertainment giant like Disney, stock price, therefore, has an effect on whatever facet of Disney you most love as a fan.

In this case,  the stock is not recovering, perhaps, as quickly as Disney and its investors would like it to, there could be far-reaching implications for fans.

Disney executives — including CEO Bob Chapek, Executive Chairman Bob Iger, Parks, Experiences and Products Chairman Josh D’Amaro, and new streaming division head Kareem Daniel — might ultimately decide, for example, to push back a variety of projects that were originally slated for the near future as they assess the corporation’s financial future.

Many of Disney’s theme parks are currently undergoing major expansions.

Disney California Adventure at Disneyland Resort is set to open Avengers Campus soon, once the theme park is allowed to reopen. Disneyland Paris is set to receive its own Avengers-themed land and a stunning Frozen expansion that will allow Guests to step into Arendelle. And, finally, Shanghai Disneyland is currently getting Disney’s first Zootopia-themed land.

While Disney has not officially announced new delays — beyond the original construction postponements — for any of these projects, these notices could be coming if Disney’s stock does not see improvement and Disney theme parks around the world are unable to boost their profit margins in a ravaged theme park industry.

As the COVID-19 outbreak rages on, the movie theater industry is continuing to struggle. Disney has already adapted, announcing a restructure that places a new focus on their streaming platform, Disney+.

With Disney’s stock performance in uncertain territory, it won’t be surprising if the company begins to emphasize productions that are designed specifically for straight-to-streaming releases — they have already sent multiple films already intended for theatrical releases to the Disney+ service this year, including big-budget movies Mulan and Pixar’s Soul.

By creating movies especially for Disney+, however, Walt Disney Studios could cut down on overhead costs, marketing expenses that are required for theatrical releases, and even production budgets. They have already begun this shift, announcing a new Cinderella adaptation coming to Disney+ in the near future.

The Walt Disney Company has already had unprecedented layoffs this year, with 28,000 theme park workers at both Disneyland Resort and Walt Disney World Resort losing their jobs for the time being.

Although Disney has already announced that some Cast Members’ positions — like theme park entertainment and live stage shows — will ultimately be brought back, these mass layoffs were still devastating for fans and, of course, laid-off Disney Parks workers.

Depending on how the company’s stock price and overall performance do moving forward in a post-pandemic world, additional layoffs could happen at some point. The stability of a job with Disney is certainly more in-question that it has been in recent memory during these challenging times.

All of this said, however, Disney CEO Bob Chapek has expressed hope for the future of the company and Cast Members continue to bring the magic to Disney theme park goers every day. The magic is very much still alive, even if it looks a bit different than it used to.

How do you think Disney’s stock price will impact the company’s other ventures moving forward?

Comments Off on Disney Recovers 45%, But Company Is Not Out of the Woods