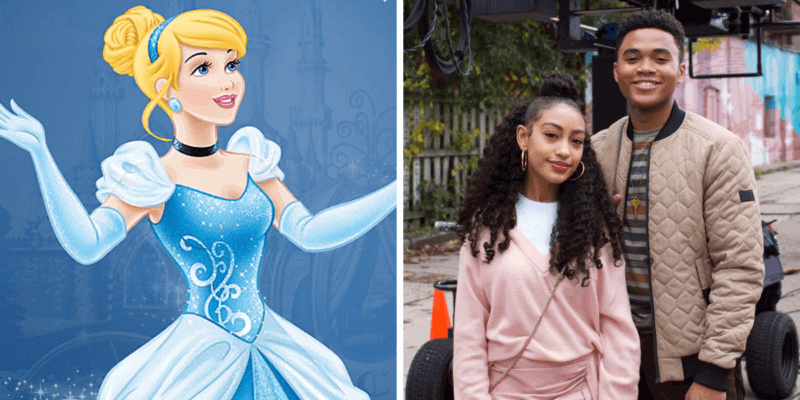 A new Disney+ Cinderella adaptation is coming in 2021! A fairly loose adaptation, but an adaptation nonetheless.

‘Sneakerella’ is a new Disney+ original that is currently in production and is filming in Toronto. It will premier at some point next year, though an exact date has not been announced.

The film is described as a ‘pop/hip hop musical’ that will ‘leave a sneaker culture imprint on the Cinderella fairy tale’.

Sneakerella is set to reinvent Cinderella in 2021

Sneakerella is an exciting prospect for fans of musicals and Cinderella mythology. It is set to star up-and-coming actors Chosen Jacobs (of It fame) and Lexi Underwood, alongside four-time NBA Champion John Salley. Here’s what you can expect from the new film, which will premiere exclusively on the Disney+ streaming service;

‘Set in the avant-garde street-sneaker subculture of New York City, “Sneakerella” introduces El (Jacobs), an aspiring sneaker designer from Queens who works as a stock boy in the shoe store that once belonged to his late mother. El hides his artistic talent from his overburdened stepfather and two mean-spirited stepbrothers who constantly stomp on any opportunity that comes his way. When El meets Kira King (Underwood), the fiercely independent daughter of the legendary basketball star and sneaker tycoon Darius King (Salley), sparks fly as the two bond over their mutual affinity for sneakers. With a little nudge from his best friend and a sprinkle of Fairy Godfather magic, El finds the courage to use his talent to pursue his dream of becoming a ‘legit’ sneaker designer in the industry.’

Ok, so it’s not exactly a straight-up adaptation of the Brothers Grimm Cinderella tale, but the spirit of it is certainly there. It’s also still a musical, so we’re really excited to see what kind of songs Sneakerella introduces, as it claims to focus on pop/hip hop.

Lauren Kisilevsky, vice president, Original Movies, Disney Channel said;  “‘Sneakerella’ brings a vibrant, modern approach to a beloved story by suggesting that magic is the result of hard work and determination and exists within each of us. Liz Allen’s unique vision, Lexi and Chosen’s amazing chemistry, the incredible music, and the gravity-defying choreography, will bring this movie to life and inspire audiences of all ages”.

A sneaker isn’t exactly a glass slipper, but it sounds good to us all the same!

Related: Behind the Glass Slipper: The Story of Walt Disney and “Cinderella”

Cinderella has been adapted many times

The new Disney+ Cinderella adaptation isn’t the first time we’ve seen the classic fairy tale adapted for film. Previous iterations include the 1997 adaptation starring Brandy, Whoopi Goldberg, and Whitney Houston, loose adaptation A Cinderella Story, the 2015 live-action Cinderella remake directed by Kenneth Branagh, and of course, 1950’s original animated classic. We are also getting another version in 2021, with Billy Porter starring as a genderless Fairy Godmother. However, this film is being made by Sony, not Disney.

Sneakerella certainly seems to be the loosest adaptation yet, but that doesn’t mean it won’t be great! The casting of Salley, in particular, is an interesting choice and we can’t wait to see how it plays out. Other members of the cast have previously starred in The Cheetah Girls, Backstage, and even Hamilton.

We’re looking forward to this one, but it does make you wonder how many times Disney will remake, reinterpret, or adapt its classics. Could we see radical reinterpretations of Mulan, Peter Pan, or The Jungle Book in the future? Only time will tell.

Sneakerella is due to release in 2021, exclusively on the Disney+ streaming service.

Comments Off on New Disney+ ‘Cinderella’ Adaptation Coming in 2021