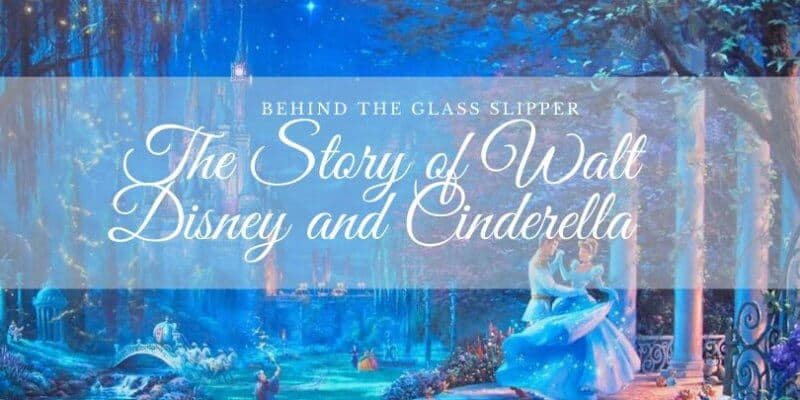 This year marks a very special time for the Walt Disney Company. Back in February the Disney animated movie, Cinderella, celebrated its 70th release anniversary. The story of Cinderella debuted for the first time in 1950 making it the second Disney princess animated movie after Snow White and the Seven Dwarfs one decade before.

Before the release of Cinderella, Disney faced some serious financial trouble due to World War II and the disappointing cash flows from the releases of Pinocchio, Fantasia and Dumbo. Yet, Cinderella was a success right away, allowing the Walt Disney Company to boom and become the company we know today!

Related: 70 Years Ago Cinderella Danced into Our Hearts and the Disney We Know Today Was Born

But, the unknown fact behind the scenes of the Disney Company is that Walt Disney had envisioned the story of Cinderella almost three decades earlier to its release date in 1950. Even before coming up with the story of Snow White and the Seven Dwarfs!

The first version of Cinderella was produced in the beginning of Walt’s career in 1922 with his first animation company Laugh-O-Gram in Kansas City. The company Laugh-O-Gram produced silent one-reel cartoons with the idea of “modernizing” traditional children’s fairy tales, and giving the stories a satirical twist.

The Cinderella version created in 1922 had some resemblance to the story we know today, but of course, there were some notable differences.

In that version, Prince Charming was introduced to the story on horseback while hunting bears and interrupting a bear party — The bears were playing jazz. And Cinderella went to the ball on a car — a Ford Tin Lizzie to be exact — driving by her pet cat. And to top it off, she was wearing a short flapper skirt. Can you imagine that?

Another scene that was imagined, but never followed through with, was that Cinderella’s cat and the Prince’s dog also fell in love. (How cute would that have been?)

Yet, the story still had some hint of romance to it. The scene of Cinderella and Prince Charming sharing a romantic dance under the moonlight on the castle balcony. Sound familiar?

Despite the creation of the story, it was never sold or shown. It would take Walt another eleven years to revisit the story.

The Second Attempt at Cinderella

Walt brought back the story of Cinderella in 1933. By that time, Walt had already founded the Walt Disney Company — in 1923 — and relocated to Hollywood, California. Walt pioneered the use of sound and color in animation cartoons gaining enough experience with the creation of the worldwide success Mickey Mouse and the series the Silly Symphonies.

In December of 1933, the company decided to work on a new Silly Symphony; yes, Cinderella. And this time, it was decided that the story would focus on the romantic aspects of the tale.

Cinderella and the Prince were soon brought back to the drawing board. During their dance, the background would fade and the two lover birds would be dancing in clouds.

Related: “No Cranes?”: Believe It or Not, Cinderella Castle is Still Getting its Royal Makeover

But in mid production, the Silly symphony version of Cinderella was abandoned with no explanation. It is known however, that by that time, Walt had started thinking about thinking about a feature-length animation film for Snow White.

The Cinderella We Know Today

After the success of Snow White came World War II and the series of  poor box office returns of other film animations. The Walt Disney Company faced serious financial problems, that is when Walt revisited the story of Cinderella, but this time for a film.

Cinderella was chosen as the Disney Company’s next film because it resembled some aspects of the previous hit Snow White.

This time, in 1950, the public got to see the story of Cinderella. And it was a crazy success, restoring financial stability to the struggling post-war company. Cinderella opened the doors for the company to expand its reach including a wide range of projects like television, more animated films and Disneyland!

Related: These Vintage Photos of Walt Disney in Disneyland Will Make Your Day

What did you think about Walt’s journey with the story of Cinderella? Did you know about it already? Let us know in the comments below.

Comments Off on Behind the Glass Slipper: The Story of Walt Disney and “Cinderella”