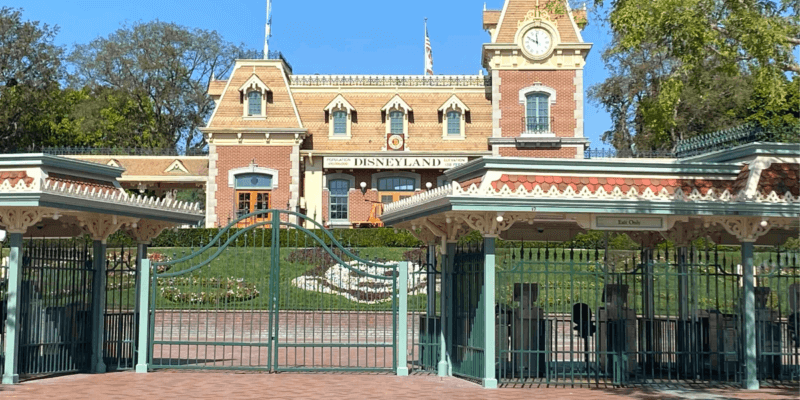 “It’s been devastating, crushing,” Visit Anaheim President and CEO Jay Burress shared with Inside the Magic on Tuesday when discussing the huge hit the city has taken as a result of the pandemic. As the theme parks of the Disneyland Resort remain closed for the time being — and as other tourism drivers like conventions remain shut down — Anaheim continues to struggle. But still, Burress remains hopeful that the city will prevail.

Anaheim Tourism Declines Amid the Pandemic

Tourism is huge for the city of Anaheim. It’s the main driver of revenue in the city — the destination is so successful that year after year it has welcomed nearly 25 million visitors. But with Disneyland Resort, the Anaheim Convention Center, concerts, and sports shuttered, that number has significantly decreased.

“It’s been devastating, crushing,” Burress shared with Inside the Magic.

He continued, “We have not had revenue coming in, as we sit in the mid-20s occupancy-wise in our hotels. Over 30 — about 33-35 hotels remain closed with no signs [of] reopening. Some of our newer hotels that were planning to open have been postponed. So it is…no one ever thought in a million years that it would last this long and there still wouldn’t be a light at the end of the tunnel.”

The Visit Anaheim CEO shared, “It’s not just the Disneylands of the world. Obviously, they’re the largest employer, but it’s a lot of small businesses, mom-and-pop restaurants, hotels and motels.”

Inside the Magic previously spoke with the City of Anaheim Head of Communications Mike Lyster, who shared similar sentiments. The pandemic-related closures have created lasting rippling effects on the City of Anaheim’s economy, with dozens of businesses fearful that they won’t be able to recover.

“We’re just doing everything we can to try to move us into that different tier with the state of California’s tier system — and at the same time, trying to get the opening of theme parks into that orange tier so that, as we continue to move up, that will continue to be allowed at a lower tier,” Burress stated.

The Visit Anaheim CEO shared his perspective on the Blueprint for a Safer Economy, the color-coded, tiered reopening system issued by California Governor Gavin Newsom’s administration. Currently, large theme parks including Disneyland Resort are not permitted to reopen until they reach the yellow tier, tier 4. But many are advocating for Gov. Newsom to go back to the drawing board, work with theme parks, and hopefully consider opening theme parks in the orange tier instead.

More Details: Disneyland Can Reopen in ‘Yellow Tier’ – How Can the County Get There?

Burress said, “It’s the system we’ve been dealt, but I don’t know if it’s a true measure of the situation we have and definitely doesn’t take into account the effects of a collapsed economy [or different mental health issues] that medical professionals are seeing…it’s really taken its toll on the whole society.”

When it comes to advocating for reopening theme parks sooner, Burress stated that they “absolutely” have to get the reopening of theme parks moved to the orange tier, pointing to the assumption that reaching the yellow tier might not happen until 2021, when COVID-19 cases have significantly decreased.

“Yellow may be a year away. Orange is where we’re trying to move it, showing examples of other theme park areas that have opened up with no large community spreads. You look at Florida, you look at other areas, and so I think that’s got to be shown. And really, the governor seems to only listen to science, so we’ve got to use science to our advantage and show the facts and show from our perspective that it’s no different from some of the other things that are open already and how it can be done safely and securely. But we have to get [the reopening of theme parks] into the orange tier and would love to get conventions into [the] orange tier, as well, both at limited capacity levels, whatever that may be. But we have to start somewhere and show that it can be done safely before we move onto the next level.”

Still, the Visit Anaheim CEO has hope for the future.

“I have to be hopeful because otherwise, it would be a very depressing state if we didn’t have hope that we could move that to orange, show that it can be done in orange, and at the same time work on the testing in the community and our health equity areas. And all of that at the same time, again, so that we’re moving up a tier. But they’ve got to move that theme park opening, even if it’s 25, 20 percent capacity, to be in that orange tier.”

Anaheim relies on tourism to thrive. But with tourism not being encouraged under Gov. Newsom’s tiered reopening system, how can Anaheim move forward?

“As we saw when Downtown Disney opened up, there was a line down the street to get in,” Burress said. “So pent-up demand is what we want to capture right now of those who want to travel and come in for a couple [of] days.”

With smaller theme parks that are allowed to reopen on the orange tier, attendance is restricted to locals only. That isn’t the case for larger theme parks set to reopen in the yellow tier, but it does leave many wondering how a city like Anaheim can increase revenue while also going along with what the governor is advocating for: safety.

When asked how Visit Anaheim is viewing tourism moving forward while encouraging visitors to the area during the ongoing COVID-19 pandemic, the CEO gave Inside the Magic an idea of the approach.

Visit Anaheim’s approach and its reopening marketing plan starts with a “staycation” mindset for those who are located in Anaheim, Orange County, and the surrounding area.

“Then we would move into kind of a, almost a “state”-cation, where you are marketing to people maybe throughout the state. The Bay Area has always been a big driver for us, but how do we market to San Diego, just spread that circle out a little farther.”

Eventually, they would encourage those who live in “touch states” — the states surrounding California, including Arizona, Oregon, Nevada, etc. — to visit the area. And later on, national visitors would be welcomed, though Burress acknowledges that visitors coming from across the country will be later on down the road.

“We’ve got to build a confidence in consumers that it’s safe to travel again,” he shared. And for many, that sentiment rings true.

Read more about Visit Anaheim on their official website here. If you want to book a trip to Anaheim to visit Downtown Disney and support local businesses, click here to work with our friends at Academy Travel.