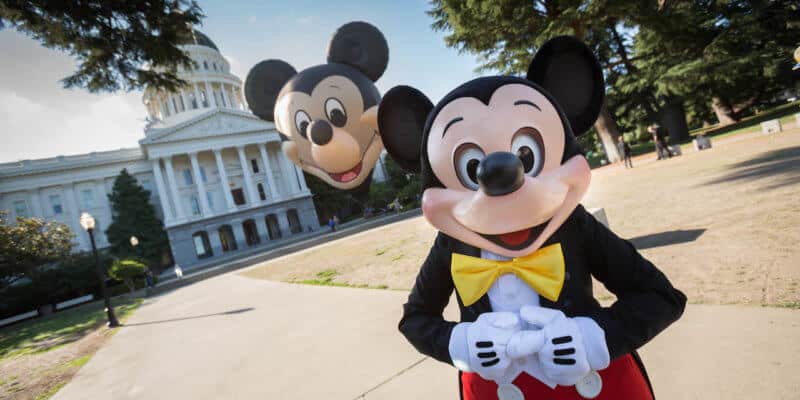 The tension between California Governor Gavin Newsom’s office and theme park officials has been a well-documented debate, and the question of legal action has been discussed.

If you haven’t been following along, Governor Newsom first excluded theme parks from his Blueprint For a Safer Economy reopening plan, then eventually released stringent guidelines that have been called “unworkable,” a failure for  working class families and businesses,” and “unfair and unreasonable.”

Therefore, it’s no surprise that the notion of The Walt Disney Company taking legal action against the state of California has already been thrown around by Disney Parks fans online.

It now seems that there could be a legal precedent for Disneyland filing a lawsuit for the right to reopen.

Business owners in California have begun filing lawsuits against the Governor. Reason.com shared an article about the situation, writing these details about Ghost Golf in Fresno:

“We’ve been shut down since mid-March and that’s been completely devastating,” says Daryn Coleman, owner of Ghost Golf, who is currently suing Newsom. “I have bills racking up. I have balances building on everything.”

Coleman’s business, a ghost-themed miniature golf and family entertainment center in Fresno, California, was forced to close, alongside all other nonessential businesses in mid-March, when Newsom first issued his emergency declaration.

Although Mr. Coleman’s COVID-19 financial problems are obviously not on the same scale as Disney’s numbers-wise, the issues are the same. The Walt Disney Company, has also been financially ravaged as a result of the coronavirus pandemic — live sports, theme parks, and film production were all shut down for months.

Reason.com’s piece continued with this information about the lawsuit, which included a second business owner:

“I honestly don’t know if I will survive even if I am allowed to reopen,” says Coleman, pointing to those capacity restrictions and the fact that business closures have already cost him busy summer months and the Halloween rush. “We’re a haunted-themed place and I lost October, which is usually a really good month for us.”

What does legal counsel say?

The legal counsel assisting with the aforementioned California reopening lawsuits was quoted in the Reason.com article. Attorney Luke Wake, who works with Coleman and Rubio’s law office, the Pacific Legal Foundation (PLF), said:

“The governor is essentially making law. He has no authority to do that. We’re now seven months into what is really autocratic rule, one-man rule.”

In the article, Wake also explained how the Emergency Services Act doesn’t allow the Governor to create new laws that have not previously been added to the state constitution or been passed by the state legislature:

“The Emergency Services Act allows the Governor to coordinate all aspects of the executive branch of the state and to exercise all powers already granted to any executive agency of the state,” reads the lawsuit. “It does not grant the Governor the authority to take actions not otherwise authorized by the California Constitution or by statute.”

What legal precedents are there?

There is good news for both small businesses — and, perhaps, Disneyland officials, should they decide to file a lawsuit. Reason.com points out that:

State supreme courts in Wisconsin and Michigan shot down their governors’ respective business closure orders for violating the separation of powers.

Violating the separation of powers — and, therefore, the system of checks and balances — is what many believe Governor Newsom has done in California. Coleman and Rubio’s lawsuit specifically asks for the entire Blueprint for a Safer Economy to be scrapped.

The fact that two state Supreme Courts have already made rulings against Governors during the COVID-19 pandemic lends credence to the fact that Walt Disney Company executives and legal counselors may ultimately decide to use legal action to attempt to reopen Disneyland Park and Disney California Adventure Park.

Related: Chapek Says Disneyland Closure is a ‘Mandate, Not Much of a Negotiation’

Executives like CEO Bob Chapek, Executive Chairman Bob Iger, and others will also undoubtedly be watching the current reopening lawsuit against the state of California to see what verdict is reached.

The more legal precedents that are set, the more likely it seems that Disney may try to file their own lawsuit to get all of their park goers — including Disneyland Annual Passholder Guests — back to the Orange County theme parks as soon as possible.

How does this impact park goers?

General ticket sales for the closed Disneyland Resort are currently suspended. The Annual Pass program is currently being assessed. This is an important ticket option for Disneyland Resort, who relies heavily on southern California locals to visit. The longer the parks remain closed, the harder it will be for Annual Passholder program to rebound.

This is yet another reason Disney officials may consider legal action to reopen the original Disney Park.

What are your thoughts on a Disneyland reopening lawsuit? Sign up for our newsletter so you don’t miss the latest news about Disney’s battle to reopen on the West Coast.