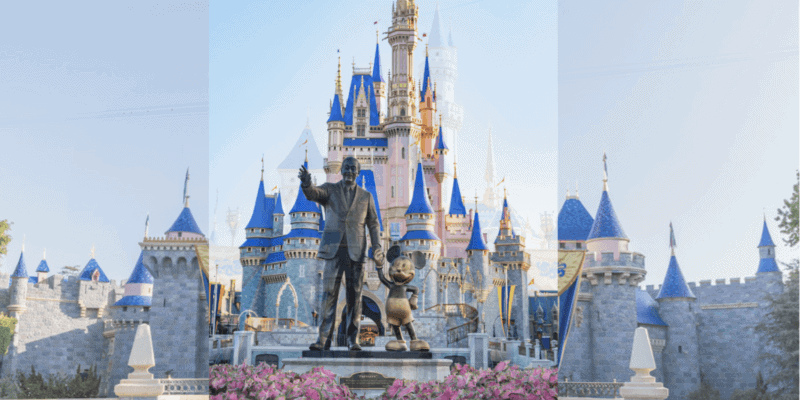 Following yesterday’s news, today it was officially announced that Disneyland Paris will re-close for a second time amid the ongoing pandemic. The European Disney Resort’s two parks, Disneyland Parc and Walt Disney Studios, are shutting down again due to government mandates issued by French President Emmanuel Macron.

The parks were previously closed from March 15-July 15.

This closure — which also includes many other French businesses, such as bars and restaurants — is intended to reduce the spread of COVID-19, which has been surging in France (and other parts of Europe) again in recent weeks.

Earlier this year, Hong Kong Disneyland Resort also faced two separate closures, one from January 26 through June 18 and the other from July 15 through September 28. And it took far less COVID-19 cases in Hong Kong than in France to re-close Hong Kong Disneyland less than one month after the park this summer reopened.

The fact that two of Disney’s six theme parks have re-closed amid the coronavirus pandemic certainly begs the question: What will happen to Walt Disney World Resort and Disneyland Resort now? Here, we explore what the likelihood of re-closure is for both U.S. theme park properties.

What could cause Disney World to re-close?

At this time, Disney World’s phased reopening, which began on July 11, has gone remarkably well by most counts. In fact, according to Disney, approximately 80% of all Guests are happy with the health and safety protocols that have been put in-place at WDW’s four theme parks — EPCOT, Magic Kingdom, Disney’s Animal Kingdom, and Disney’s Hollywood Studios.

Furthermore, Florida Governor Ron DeSantis has been relatively loose with restrictions in his state and, at present, has no actual mandates governing theme park reopening protocols. In other words, theme parks are free to operate as they did before the pandemic, if they so choose.

It is worth noting that Disney has made clear there will be no changes to the health and safety regulations in their parks until the CDC alters their guidelines. They are also already prepared to use the Disney Park Pass reservation system into 2022.

All this to say it is highly unlikely that Walt Disney World will close due to any sort of state mandate or order from the Florida Governor’s office, even with these facts and figures pointed out in a Motley Fool article today:

Florida’s daily case count peaked north of 15,000 on July 12. Cases are rising in the state, but we’re still at less than a third of that summertime spike. Lockdowns are always a possibility, however, as we brace for what could be a second wave.

Motley Fool also noted that, although The Walt Disney Company hasn’t overtly made any statements regarding the potential re-closing of Disney World, they have made some big changes in recent days, including laying off most of their entertainment Cast Members — to the tune of 720:

Disney World is sending mixed messages. It’s gradually starting to reopen some of its previously shuttered resort hotels and restaurants, but this week, the Florida resort did send pink slips to more of its hires. Disney’s in-park entertainment division is getting the brunt of this round of layoffs, as many live-show casts and roaming performers feel the pinch. It’s just another grim reminder that Disney World may be technically open for more than three months now, but we’re not getting any closer to how things used to be at the self-billed “most magical place on Earth.”

Since Disney World is still actively promoting its holiday events (including preparing to install the iconic Christmas tree at Magic Kingdom theme park!) and beginning 50th Anniversary Celebration renovations, it doesn’t seem like they have any plans to re-close, even considering the number of cases. COVID-19 cases surged during the week the Florida Disney Parks reopened this summer.

That said, if COVID-19 cases in Florida continue to rise dramatically — or if any kind of federal quarantine mandate were issued, like in France — The Walt Disney Company could make the call to re-close Disney World Resort for as short, or as long, of a time as necessary, in order to protect Guests and Cast Members.

Could Disneyland potentially reopen, then re-close?

Disneyland Resort fans and Cast Members alike are getting frustrated by the lengthy closure of Disneyland Park and Disney California Adventure Park. The two California Disney theme parks closed on March 14 and have not reopened since.

To nip this question in the bud, the short answer is “Yes.” Officials from California Governor Gavin Newsom’s office have already stated that Disneyland could be allowed to reopen — if Orange County, where it is located, reaches the COVID-19 transmission “minimal” Yellow tier — and then re-close should the county return to the Orange tier or higher.

Amid Governor Newsom’s stringent guidelines, Disneyland officials are actively working to get as many Cast Members as they can back to work. Recently, it was announced that Disney California Adventure’s Buena Vista Street will reopen next month for Guests to enjoy holiday shopping and dining.

The area will officially operate as an extension of the Downtown Disney District, which began its phased reopening process over the summer.

At this time, Governor Newsom has given no indication that he will relent on his strict reopening protocols, even after vehement disagreement from theme park operators and the California Attractions and Parks Association (CAPA).

A recent OC Register report shares this from a press conference:

“The bottom line is we are seeing an increase in the transmission rates of COVID-19 in the vast majority of states in this nation that should be alarming to all Americans,” Newsom said regarding California theme parks during a news conference this week. “We’re seeing around the world increased case rates, some very notably in countries that tended to experience increased rates at the beginning of this pandemic about a month or so before we experienced them here in the United States.”

“We should be concerned about opening up a large theme park where by definition people mix from every conceivable walk of life and put themselves and others at increased risk of seeing transmission rates rise related to COVID-19,” Newsom said during the news conference.

Related: Did Disneyland Hint That a Food Festival is Coming Soon?

Unfortunately, particularly as a second coronavirus wave seems as though it could possibly be imminent, it doesn’t look like Disneyland Resort will get to fully reopen anytime in the near future. In fact, some California health experts believe it could take until Summer 2021 for Orange County to reach the requisite Yellow tier.

What does all of this mean?

This is a strange situation, as there exists the — albeit highly unlikely — possibility that Walt Disney World Resort in Orlando could re-close before Anaheim’s Disneyland Resort even has the opportunity to reopen its rides and attractions once.

With the news out of Paris, this has already happened with two of the world’s six Disney theme parks. While it doesn’t seem like the odds are in favor of this scenario occurring right now, this is 2020 and anything can happen.

What do you think about Disneyland, Disney World, and international Disney Park re-closures?