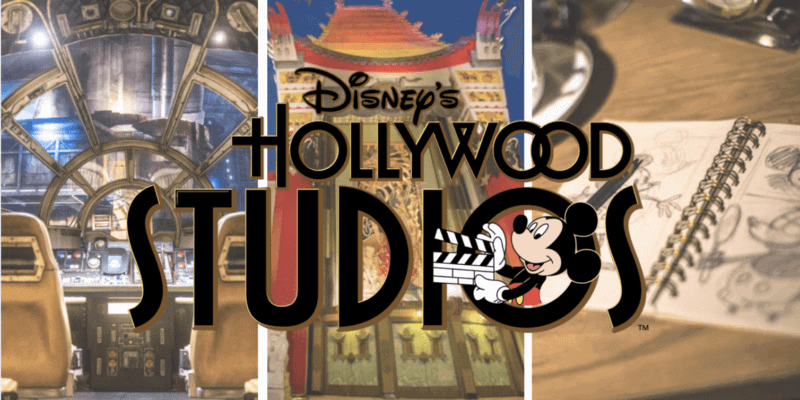 Since Walt Disney World’s phased reopening began in July, there have been more than a few changes to the traditional Disney Parks experience. Face masks are now required to be worn at all times — except when actively eating or drinking — and ride queues that were once packed-to-the-brim are now socially distanced.

Disney has reworked all of their queue systems so that parties remain six-feet apart from one another at all times. While this does have minor downsides — like making ride lines look significantly longer than they really are — it is actually a positive change for Guests overall.

Spaced out queues mean that you and your party aren’t breathing down the necks (literally) of the group in front of you or behind you while you wait to board a given attraction.

Today, the ITM team discovered that Disney has filed numerous permits for Disney’s Hollywood Studios Park at Walt Disney World Resort. All of the addresses appear to be in the “backstage” area of DHS that is only accessible to Cast Members.

Since there are numerous reports of backstage areas being used for a makeshift overflow Millennium Falcon: Smuggler’s Run queue [see the following Tweet from Twitter user @ThemeParks], could these new construction permits indicate that socially distanced queues are the new normal at Hollywood Studios? We explore this possibility below.

Perhaps the most intriguing of Disney’s latest batch of Hollywood Studios construction permits is this one for 201 South Studio Drive. It is specifically for “AV Low Voltage Systerns Installation and Terminations.”

The contractor is Electrosonic, Inc. Their official website states that they “specialize in the art of engineering” and focus on “architecture, storytelling, and technology.”

Intriguingly, 201 South Studio Drive appears to be located in the Star Wars: Galaxy’s Edge area of Disney’s Hollywood Studios. On this screenshot ITM obtained from Google Maps, you can see the address’s location in relation to Dok-Ondar’s Den of Antiquities.

It appears that it could be located near Millennium Falcon: Smuggler’s Run.

None of this would be extremely interesting, save for the fact that there have recently been reports of the backstage area in Galaxy’s Edge being used as an extension of the Smuggler’s Run queue in order to promote and enforce social distancing.

Could it be possible that Disney is permanently, or at least for the foreseeable future, planning to integrate socially distanced ride lines? They have, after all, already extended the Disney Park Pass reservation system into 2022. And as of right now, we don’t yet know when FastPass+ is coming back.

Furthermore, and this is, of course, pure speculation, but these glass panels featured on Electrosonic’s website [top]don’t look dissimilar from the interactive glass panels in the existing queue for Star Wars: Rise of the Resistance [bottom].

It is also worth noting that the 201 South Studio Drive address is associated with the upcoming Star Wars Galactic Starcruiser hotel. Since Disney has made it a priority project for the upcoming 50th Anniversary Celebration, it would be no surprise if this construction permit had something to do with progress on the first-of-its-kind Disney Resort Hotel.

While we will, of course, have to wait on Disney officials to confirm anything about major changes to Galaxy’s Edge attraction queues, it seems possible that Electrosonic will be working on some type of theming.

Two of the permits are for 555 Stage Lane, which is the address for the Mickey and Minnie’s Runaway Railway ride — one for electrical work and one for mechanical work.

The electrical contractor is Alert Security, Inc. DBA Signature Systems of Florida, indicating that, perhaps, a new security system is being installed. The mechanical contractor is Lo Temp Engineering, whose official website indicates that they provide air conditioning and refrigeration services.

From this Google Maps screenshot obtained by ITM, we can see that Stage Lane is located behind Walt Disney Presents and Toy Story Land — specifically the Slinky Dog Dash roller coaster.

It is likely that these updates are merely for comfort and security and will not have a great impact on Guests.

The final permit Walt Disney World has filed for Disney’s Hollywood Studios is for 235 West Showbiz Boulevard. As you can see in the screenshot ITM obtained from Google Maps, this location is behind the DHS Backstage Parking Garage.

The permit is for “general construction” and lists Sign Producers, Inc. as the contractor. Presumably, some type of new signage is being installed in this area.

Signer Producers, Inc.’s official website showcases a variety of impressive signs they’ve created through the years, including many at Universal Studios Florida. They are clearly no strangers to doing work at major theme parks.

At this time, no additional information has been provided, so we do not know if Disney is replacing an existing sign or if a new attraction, retail store, or restaurant could possibly be being kept under wraps for the time being.

What do you think is going on at Disney’s Hollywood Studios? Tell us in the comments!

Let the experts at Academy Travel help you plan your next Walt Disney World Resort vacation. They can help you secure a Park Pass reservation to any of the property’s four theme parks — Magic Kingdom, EPCOT, Disney’s Animal Kingdom, or Disney’s Hollywood Studios. Contact them today for a free quote!