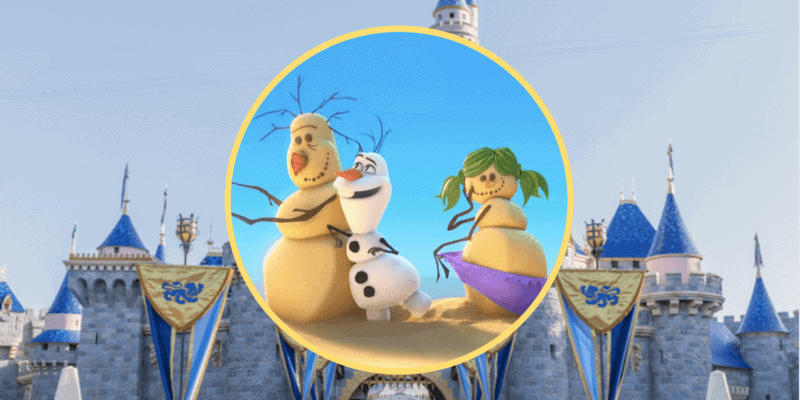 Disneyland President Ken Potrock has already called the guidelines — which require large theme parks like Disneyland to be in the state’s least restrictive COVID-19 tier before reopening — “unworkable” and CAPA referred to them as “unreasonable” in a statement.

Voice of OC reported that Orange County health officials do not believe the Disney theme park resort will be able to reopen any time in the foreseeable future:

“Personally I think we can look forward to a yellow tier by next summer,” Chau told county Supervisors at Tuesday’s regularly scheduled meeting.

If this ultimately comes to pass, it will not only be unfortunate for people who love visiting Disneyland Park and Disney California Adventure, but devastating for the economy.

Disney employs tens of thousands of Orange County workers, many of whom lost their jobs as part of The Walt Disney Company’s recent mass layoffs.

Voice of OC also shared additional details about Orange County’s regular Tuesday meeting, including a glimpse at how Disney felt upon discovering they would not be allowed to reopen:

Meanwhile, Orange County Supervisors continued to rail against the new health equity metric, which requires counties to lower the testing positivity rate to less than 5.2 percent. The metric — along with new daily average cases per 100,000 cases — is holding OC back from entering the Orange Tier.

“I got a text from Disney this morning, they are really devastated that they’re not really going to open,” she said.

“Where is the scientific base here?” she asked. “I am very frustrated at the Governor and the state on why they are not showing us the proof and scientific base … it’s just random numbers throwing at us and it’s very hard to open these businesses. That’s the only reason I’m talking about it.”

When asked about the likelihood that large metro areas will be able to move into the Yellow tier in a timely fashion, Dr. Mark Ghaly stated at today’s press conference:

“In terms of the concern about not reaching Yellow, so today, for example, San Francisco County — a large California county, very visible one, lots of different types of communities and neighborhoods — did today reach the Yellow tier. They were benefited by the Health Equity Metric. Many of the other large counties with large theme parks could also benefit from the same….

…But we are seeing it now that certain larger counties are indeed able to move to Yellow, and we do believe it is possible and we’ve constructed a system that will allow it. It will require a lot of work, it will require a lot of vigilance, it will require us to do testing, contact tracing, and support isolation in serious and real ways throughout our communities to make sure that no part of our population is lagging or not sort of enjoying those reduced transmission. But we believe it’s possible and San Francisco is a great case and point.”

Orange County remains in the Red “substantial” tier at this time and must move down two more tiers before large theme parks like Disneyland can even begin to consider scheduling reopening dates. If Dr. Chau’s statement is accurate, Disneyland fans — and especially Annual Passholders — could be waiting a long time before The Walt Disney Company is allowed to “open up the gates.”

Governor Newsom already previously hinted major theme parks in California could remain closed into 2021, as a COVID-19 vaccine is not expected to be widely available until then.

Do you think there’s a viable chance Disneyland Resort won’t open until Summer 2021?