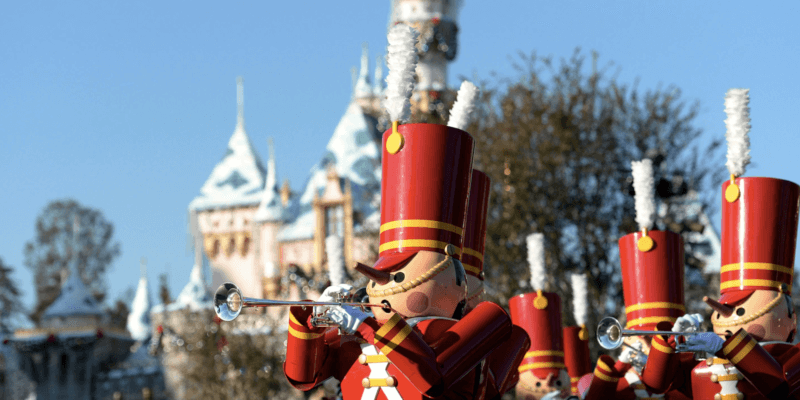 Last week, Disneyland Resort fans were delighted to learn that Disney California Park will be partially reopening next month so Guests can enjoy shopping and dining during the holiday season.

While this is wonderful news — and gets hundreds of furloughed Cast Members back to work at Disneyland — it has made fans wonder, “Why California Adventure and not Disneyland?”

Disneyland Park is, after all, perhaps the most iconic Disney theme park in the entire world. It’s where Walt Disney’s dream of a place where families could have fun together came to fruition, and it’s the only park Mr. Disney ever saw completed.

However, Walt Disney Company officials have already confirmed that “there are not plans” to welcome Guests into Disneyland and open Main Street, U.S.A. for Christmas this year. Here, we take a look at why this might be.

The logistics in relation to Downtown Disney

Likely the biggest reason Disneyland Park is not set to reopen — even in part — for the 2020 holiday season is a practical one. Disney California Adventure’s shopping and dining experiences, including the existing Backlot Premiere Shop, are officially operating as an extension of the Downtown Disney District.

There is an easy path for Guests to follow directly from Downtown Disney into a side entrance for California Adventure theme park. Due to the layout of Disneyland Resort, such an option does not readily exist for entry into Disneyland Park’s Main Street, U.S.A. area.

Due to California Governor Gavin Newsom’s extremely stringent theme park reopening guidelines, it is quite possible that Disney simply isn’t able to reopen Disneyland Park and still market it as an extension of the Downtown Disney District, which is a necessity at this time.

The potential of “cheapening” the magic

The Walt Disney Company, as all Disney Parks fans know, takes creating magic seriously. Every detail of every theme park — down to the design of the trash cans in each land — is painstakingly thought through by Imagineers, decorators, and costume designers.

Assuming Disneyland officials were allowed to reopen Main Street, U.S.A. for shopping and dining only (this writer would certainly love to peruse the Emporium!), but had to use the theme park’s main gates to do so, means they might actually opt to leave it closed due to concerns about “cheapening” the magical experience Guests have come to expect and cherish.

When considering Disney California Adventure, on the other hand, Guests can enter through a side entrance, not the main gates — therefore reserving the act of going through the DCA turnstiles for the actual official reopening day of DCA. It may be safe to assume that the Disneyland Park gates will stay closed until the park can reopen fully — with all of the magic we’re used to.

There is something deeply meaningful about the idea of reentering Disneyland’s gates and seeing the train station for the first time on the park’s official reopening day — no matter when that happens to be.

Do you think Disneyland Resort will actually open Main Street, U.S.A. at some point for shopping and dining, or do you believe it will stay closed until the park can fully reopen?