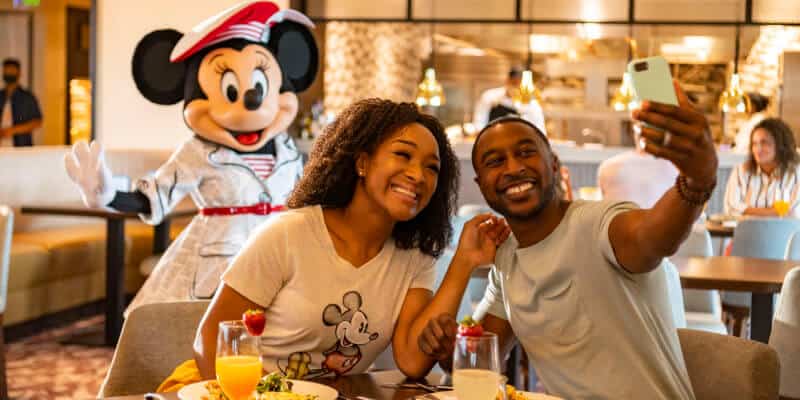 Could Walt Disney World Resort restaurants soon increase their serving capacity? According to Florida Governor Ron DeSantis, it will be soon up to them!

On Thursday, September 24, Governor DeSantis met with several health officials to discuss the current pandemic situation. At the end of the meeting (which you can watch below) he made his intentions to end capacity restrictions on restaurants soon, as well as take measures to prevent any local government from closing restaurants again.

It will be now up to the owners of the restaurants themselves to decide if they increase capacity and to what extent.

“I don’t think that the closure of restaurants has been particularly effective,” DeSantis said, according to the Orlando Sentinel. “They’re not going to be able to be closed by locals anymore, and they’ll be able to operate at the capacity that they’re comfortable with.”

Florida’s current state guidelines, instituted by executive order say that only 50% capacity is permitted, and DeSantis had not yet made a move to lift those restrictions Thursday.

As of Friday, September 25, we have updated this article to share that Governor DeSantis confirmed his decision to move the Sunshine State into Phase 3 of its reopening plan, lifting restrictions on restaurants as well as limited local governments’ ability to enforce their own restrictions.

“We are today moving into what we initially called phase 3,” DeSantis said during a press conference in St. Petersburg. “And what that’ll mean for the restaurants is there will not be limitations from the state of Florida.”

According to the Orlando Sentinel, “Restaurants ‘have worked as hard as anybody to create safe environments,’ the governor said, saying he doesn’t believe it’s government’s place to interfere unduly.”

Once Governor DeSantis does lift the current capacity restrictions and Florida begins Phase 3 of its reopening, it will be interesting to see how Disney reacts, especially when it comes to those restaurants owned and operated by third-party companies.

The Walt Disney World Resort has scores of restaurants scattered throughout its Central Florida property, several can be found in the theme parks like Magic Kingdom, EPCOT, and Disney’s Hollywood Studios, and many — like the Rainforest Cafe, Paddlefish, and the BOATHOUSE® —  are owned by third-party businesses. The highest concentration of third-party restaurants at Disney World can be found at Disney Springs. It will also be interesting to see how this will affect those restaurants that offer an already-modified character dining experience.

We at Inside the Magic covered that Disney World allowed its third-party restaurants to reopen on their own terms, with many reopening before Disney-owned businesses or even far after. But one has to wonder if Disney would allow these restaurants to increase capacity at their own pace.

At this point, we should also mention that Disney has not yet shared any plans to increase restaurant capacity at the parks, and once DeSantis goes through with his plan to life restrictions, we at Inside the Magic will update our readers on Walt Disney World’s restaurant plans as soon as official word comes to light.

Related: Disneyland President: ‘We Are Ready to Open Responsibly’

Have you eaten at a Walt Disney World Resort Restaurant lately? Do you think they should be allowed to increase capacity? Why or why not? Let us know in the comments!