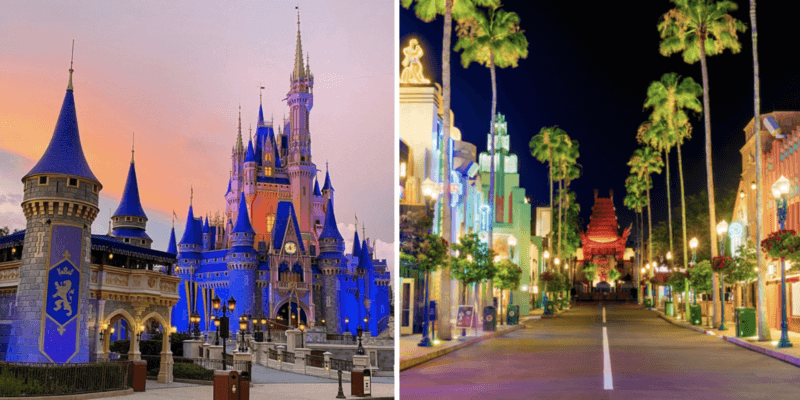 We now have confirmation that certain Disney World restaurants will be allowing dining reservations after park close. The Cast Member that Inside the Magic spoke to confirmed that Oga’s Cantina at Star Wars: Galaxy’s Edge in Disney’s Hollywood Studios and Be Our Guest Restaurant at Beast’s Castle in Magic Kingdom will both seat parties after park close.

In a recent Instagram post, Disney fan @tradzak shared a gorgeous photo of Cinderella Castle while he was in Magic Kingdom park for a late dining reservation. Guests who choose to eat at Be Our Guest after-hours starting September 9 will get to experience this same stunning view!

The complete new Disney theme park hours are as follows:

Remember, you will need a valid dining reservation at one of the restaurants offering after-hours service in order to enter a park.

If you intend to be in the park the whole day, you will also need an entry reservation via the Disney Park Pass System. The Cast Member we spoke to was unsure if a Park Pass would be required for those who only wish to dine after park close. Contact Disney World directly if you have questions regarding dining.

At this time, we have not received confirmation about any other restaurants staying open. This article will be updated if additional Disney World dining establishments are confirmed.

Will you be dining after park close at Disney World starting September 8?

Let the Academy Travel team help you plan your next Disney resort vacation. They can help you navigate everything from dining after park closing to choosing the right hotel for your family’s needs. Their team knows Disney World Resort inside and out!