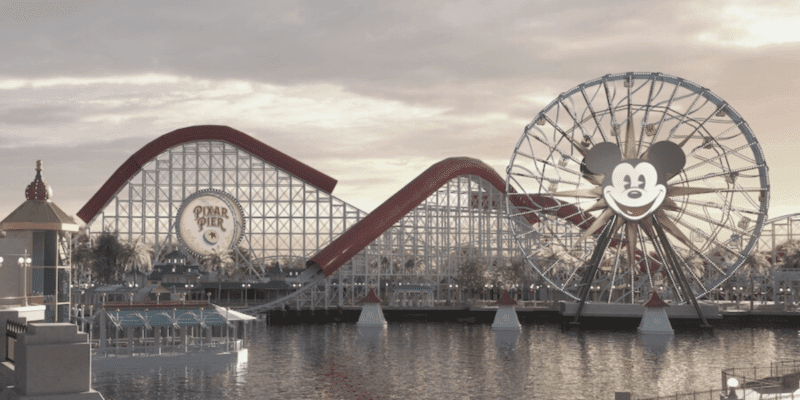 As the Disneyland Resort continues further and further into its seventh month of closure, it appears that it could also face a $2 billion loss — At least that’s what an outside analyst reports.

The OC Register reports the following:

The Disneyland resort has lost an estimated $2.2 billion in revenue during the 216-day closure of Disney’s Anaheim theme parks, according to MoffettNathanson founding partner Michael Nathanson.

Nathanson gets this massive number from the 2019 numbers. The Disneyland Resort generated an estimated $3.8 billion, or $10.4 million in daily revenue.

Remember, that it is not just the Disneyland theme park that has been shut down. There is also Disney California Adventure across the way, along with the Disneyland Hotel, the Grand Californian Hotel and Spa, and the Paradise Pier Hotel, all of which have been shut for seven months. Disneyland Resort also includes Downtown Disney, though Downtown Disney did partially reopen on July 9 and continues to reach maximum capacity on a weekly basis.

Financial losses also extend beyond Disney property. OC Register notes that a study by Cal State Fullerton’s Woods Center for Economic Analysis and Forecasting estimates that Disneyland added $8.5 billion annually to Southern California’s economy, which translates the going-on seven-month closure to losing as much as $23 million a day or $5 billion total for the 216-day closure.

These are estimates which will presumably be confirmed or denounced when Disney Parks revenue is shared at the next quarterly earnings call coming up in November. But the closure has already made layoffs a reality with 28,000 Disney Cast Members being laid off at Disneyland as well as Walt Disney World outside Orlando, Florida.

Walt Disney Company officials have insisted that Disneyland has been ready to reopen safely since July. Government officials at local and state levels have pleaded for California Governor Newsom to provide safe guidelines and allow the Happiest Place on Earth to reopen. Yet he continues to refuse.

Newsom shared recently, “I understand the dialectic, the friction, the frustration that many business leaders have that they want to move forward sectorally to reopen. But we’re going to be led by a health-first framework and we’re going to be stubborn about it. And that’s our commitment, that’s our resolve. And while we feel there’s no hurry putting out guidelines, we’re continuing to work with the industry, amusement parks.”

“It seems to me that the guidelines that are set up by the state of California are more stringent than any state across the country,” Chapek told CNBC soon after Newsom made his comments. “If you look at the history of Disney and what we’ve been able to do during the reopening — rather than arbitrary standards set up without regard to actual fact — and what we’ve been able to do as a company, I think you’d come to a different decision about reopening Disneyland.”

Governor Newsom has decided to continue conversations with California theme parks, including Disneyland, this week. One can only hope that conversations can continue and a reopening of the Disneyland Resort becomes possible sooner rather than later.

Related: OpEd: If Disney World Could Reopen, Disneyland Should Too