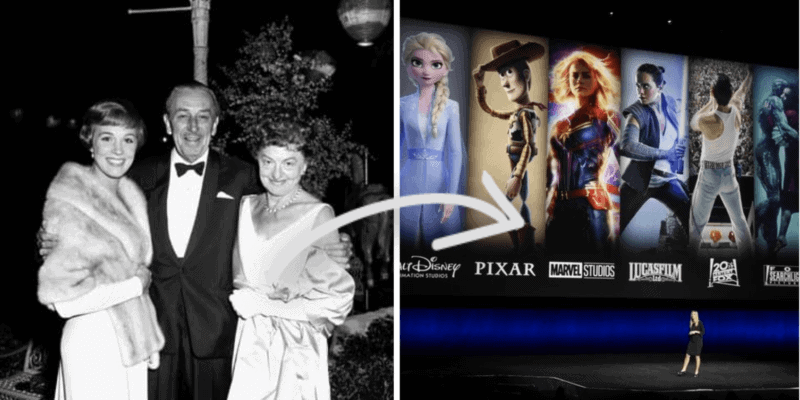 Earlier this week, The Walt Disney Company made a major announcement regarding executive roles and general restructuring within their entertainment division.

As most Disney fans know, the Disney+ streaming service has been a lone bright spot for the company throughout the coronavirus pandemic — with film production on new movies like The Little Mermaid and Peter Pan & Wendy shut down, theme parks closed, and movie theaters shuttered, Disney has struggled.

Walt Disney Company CEO Bob Chapek was careful to avoid characterizing this restructuring as a direct response to the coronavirus outbreak. He told CNBC:

“I would not characterize it as a response to Covid,” CEO Bob Chapek told CNBC’s Julia Boorstin on “Closing Bell” on Monday. “I would say Covid accelerated the rate at which we made this transition, but this transition was going to happen anyway.”

The rest of the film industry, however, doesn’t necessarily agree with Chapek’s assessment. Variety has reported that the movie industry at-large is befuddled by Disney’s restructuring, sharing this information:

“This is weird,” one top film executive said simply, puzzled by the news.

Variety also noted that there was internal confusion amid the restructuring announcement:

But internally, employees across the board were left puzzled by both the timing and contents of the announcement. Various power hubs were announced with great fanfare, but it wasn’t immediately clear if the likes of Alan Horn and Alan Bergman, who rule over the company’s film effort; TV chief Peter Rice, who was named chairman of general entertainment content; and sports chief James Pitaro, chairman of ESPN and Sports Content, were being promoted or just playing similar roles with a slightly greater mandate to think more in terms of what’s binge-worthy.

The day’s unarguable star was Kareem Daniel, who was named head of the newly minted media and entertainment distribution group, a catch-all division tasked with monetizing all content.

One of the major takeaways from Monday’s announcement is that, by prioritizing streaming over all else in the entertainment sector, Disney clearly hopes to continue their quest to become a worthy rival of the reigning streaming platform, Netflix.

It remains to be seen, however, if other major motion picture studios, including Universal Studios and Warner Bros., follow this same streaming-first model moving forward. The fact that Walt Disney Studios could potentially be moving away from theatrical releases — with both the live-action Mulan and Disney-Pixar’s Soul debuting on Disney+ — could be part of what other studio executives deem “weird” about the restructuring.

Although Walt Disney built his business on the silver screen, he also valued innovation and reaching the widest possible audience with his movies. If the way to do that in this day and age is via a streaming service, this writer thinks Walt would be 100% onboard.

After all, most people around him thought Snow White and the Seven Dwarfs and Disneyland were crazy, strange ideas too — and look how that turned out.

What are your thoughts on Disney’s restructuring to focus on Disney+? Do you think this is a “weird” move or simply ahead of its time?