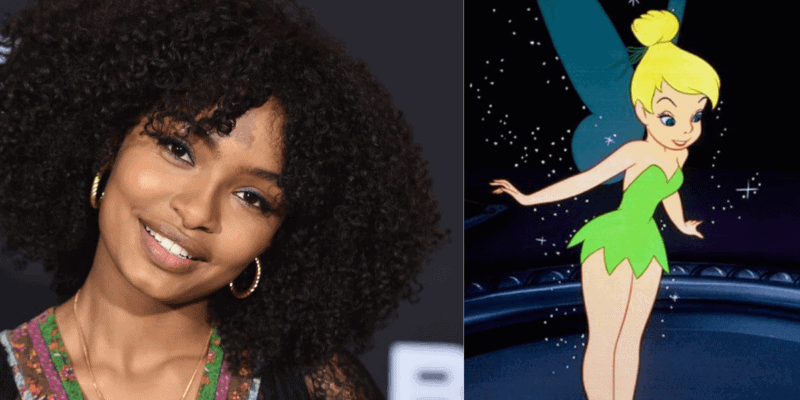 May of the most prominent roles for this the new movie, called Peter and Wendy, have already been cast. Yara Shahidi joins Jude Law (who will reportedly play Captain Hook), Alexander Molony (playing Peter) and Ever Anderson (playing Wendy). David Lowery — who co-wrote the script with Toby Halbrooks — will direct, and Jim Whitaker is producing.

Shahidi, 20, is known for her television roles on Grown-ish and Black-ish, and she also starred in the film The Sun Is Also a Star.

Last year, Disney announced that Halle Bailey will play Ariel in the upcoming live-action version of The Little Mermaid, showing that the company made the decision to cast a Black actress as a character who was typically animated as a white woman. Now, Disney is continuing the trend of diverse casting by selecting Shahidi to play Tinker Bell, a character who has been typically portrayed in animation and live-action as white.

Back when the Little Mermaid casting news broke, Shahidi took to social media to congratulate Bailey, her Grown-ish co-star.

We look forward to hearing more information about Peter Pan and Wendy, Disney’s latest live-action adaptation. Given the upcoming film’s title and the cast so far, it seems as though we will see new life breathed into a classic story that so many fans already know and love. With a star-studded cast, a great team behind the film, and fans already eager to know more, it looks like Peter Pan and Wendy has the potential to be a hit.

At the time of this article’s publication, this film is expected to have a theatrical release; Disney has not said it will go directly to Disney+.

We’ll be sure to update Inside the Magic when we know more about Yara Shahidi’s role as Tinker Bell and when Disney shares more about Peter Pan and Wendy. For now, we’ll keep getting excited for another Disney film to hit theaters in the future.

Peter Pan and Wendy will be Disney’s latest live-action remake. Other live-action adaptations of popular Disney animated fairy tales and stories that have been released in the past few years include Cinderella, The Jungle Book, Beauty and the Beast, Aladdin, The Lion King, and Mulan. as mentioned, the live-action version of The Little Mermaid is also in the works. Disney is also reportedly making a live-action Rapunzel movie and a live-action adaptation of Lilo and Stitch.