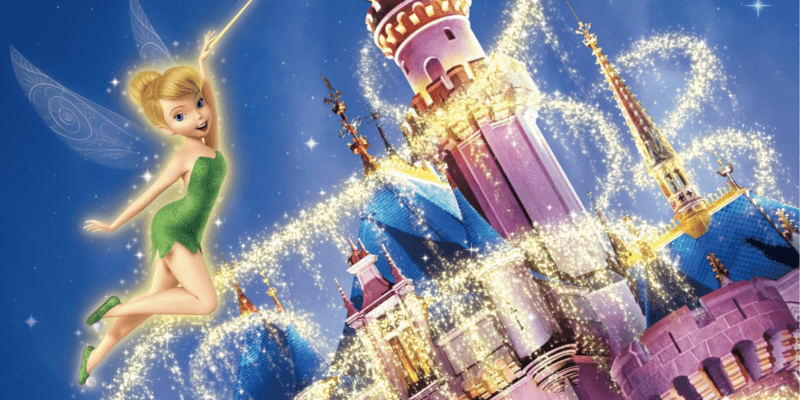 As Walt Disney once said in reference to Walt Disney Studios, “We have made the fairytale fashionable again.”

Over the course of the COVID-19 pandemic, Disney has needed fairytale magic perhaps more than ever before. In a season where theme parks, movie theaters, and sports arenas (Disney owns sports media giant ESPN) have been closed to the public to prevent the spread of the virus, most of the corporation’s traditional profit outlets are non-existent.

As per a recent Yahoo! Finance report:

“…much has changed this year. Operating profit — normally driven by the company’s theme parks and cable-TV networks such as ESPN — plunged 98% in the three months through June 27 from a year earlier as the Covid-19 crisis took aim at every single one of Disney’s lines of business.”

This has, of course, led to massive financial woes. The Walt Disney Company’s quarterly earnings reports this year have been terrible in comparison to their usual numbers, particularly, as anticipated, in the theme park and cruise line sectors.

At this time, Disney Cruise Line has suspended cruises into December (and possibly longer) and Disney is currently in a tense situation with the state of California regarding the reopening of Disneyland Resort. Disney’s five other theme parks — Walt Disney World, Tokyo Disney Resort, Hong Kong Disneyland, Shanghai Disneyland, and Disneyland Paris — have all begun their phased reopening processes.

In most cases, investors would be running from an entertainment company during a pandemic, when traditional entertainment outlets are essentially dead-in-the-water — it is worth noting that the Disney+ streaming service has been a lone bright spot during quarantine. Not with Disney, though. Here, we take a look at how Disney fans still believe in a fairytale ending — and investors prove it.

According Yahoo! Finance’s article about the state of Disney (DIS) stock:

“investors foresee happily ever after. They value shares of Disney at 44 times forward earnings estimates. That’s a 75% premium to the S&P 500 Index’s average earnings multiple. It’s also rich by Disney standards; the stock price has had an average multiple of just 20 over the last five years.”

“Translation: Investors are such firm believers in Disney’s prospects that they’re willing to pay now for 44 years worth of potential earnings. It’s simply remarkable considering all that Disney is up against.”

There are few companies in the world that would inspire this sort of faith in their investors. It goes to show that, for starters, people who invest in Disney are also fans — the believe in the magic — and, furthermore, that Disney fans have such confidence in the company’s foundation that they are willing to bet on its success even amid major strife.

How are Disney fans keeping the magic alive?

Even amid “trials and tribulations,” as Princess Tiana would say, Disney fans are doing their part to spread magic and pixie dust until The Walt Disney Company gets back on its feet. After 28,000 Disney Park Cast Members were laid-off, their fellow employees sprang to action, creating a Facebook group where these talented individuals can find part-time work and side gigs until things return to normal or they find new, sustainable jobs.

Furthermore, Disney fans have been donating profits from their small shops to Cast Member assistance and taking to social media to raise awareness about the plight of beloved Cast Members at both Disneyland and Disney World.

What does the future hold?

Yahoo! Finance’s report included this statement about the future of The Walt Disney Company:

Perhaps Disney’s future becomes a bit of an optical illusion, too: Can the company shrink methodically into a smaller version of its pre-Covid self while still earning similarly impressive profit margins and wielding the same influence as it did before? That’s difficult to answer, but it seems like a probable strategy. The retail industry is already trying this, embracing boutique storefronts over sprawling floor plans, because for them shrinking means survival.

Disney investors can’t possibly be betting on a total return to normal, nor would a reasonable person expect that the economics of the streaming business could ever supplant Disney’s traditional profit powerhouses. But maybe there’s still a way for investors to get their fairy-tale ending. This is Disney, after all.

Related: How Does Disney Move Forward in a Post-Pandemic World?

Disney investors, Disney fans, and even Walt Disney Company executives like Josh D’Amaro have proven time and time again during the pandemic that the magic is alive and well. Although only time will tell exactly how Disney moves forward, it’s safe to say that a fairytale ending is possible.

Do you own Disney stock? What are your thoughts on Walt Disney Company investors keeping the faith during these trying times?