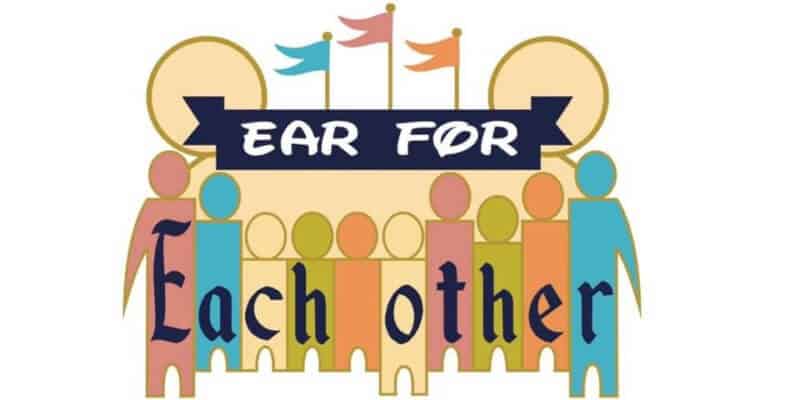 Last week, The Walt Disney Company announced they made the difficult decision to layoff over 28,000 Disney Parks employees. Chairman of Disney Parks, Experiences, and Products Josh D’Amaro released a statement which announced the unfortunate news that thousands of Cast Members will be laid off.

After hearing that the Disney company would be laying off 28,000 Cast Members across the U.S. Disney Parks, including nearly 7,000 in Florida so far, Wild didn’t want to sit back and do nothing.

“I needed to help. I needed to do something,” she told Orlando Sentinel.

So, Wild decided to create a Facebook group — “Ear For Each Other” — specifically for those Disney employees who were currently out of work. The purpose of the group was for others to advertise their “side hustles” which includes anything from a Disney chef selling homemade pastries to an Imagineer who can nail interior decorating to a Magic Kingdom merchandise worker who is now selling lawn furniture!

The “Ear For Each Other” Facebook group, which as of Monday has more than 11,000 members, has helped many Cast Members connect with one another as they try to navigate through this difficult time.

The private Facebook group is for both Disneyland Resort and Walt Disney World Resort Cast Members, so no matter where the Cast Members worked in the United States, they can join the group!

Jennifer Padley, a furloughed Cast Member who had been working with recently married couples at Disney World create photo albums of their weddings, told Orlando Sentinel, “It makes you realize you are not alone, sitting at home figuring out what to do.”

Another furlough Cast Member, Brittney Jones, said being furloughed has not been easy, telling Orlando Sentinel that “she prayed for her phone to ring for seven months, the call to go back to work. Now, she dreads anytime it rings. She worries it’s her layoff notification as the unions and Disney negotiate over the company cuts”.

As a recently laid off server for BoardWalk Resort’s ESPN Club, finding the Facebook page made a huge difference as she can now advertise her baked goods.

Jones is able to distract herself from the unfortunate news and keep busy in the kitchen as she loves baking cupcakes and pumpkin moon pies, which launched her side business — Cafe Cuppy Cakes.

She is currently studying to be a pastry chef at Valencia College so the extra money really helps both her and her husband, who still currently works in technology at Universal, raise their two children.

Other businesses that were able to get a boost from the “Ear For Each Other” Facebook page include Jennifer Padley as she is now offering to paint beautiful murals for nurseries or accent walls, Jack Keller who is able to now sell his homemade wooden Mickey Mouse-inspired lawn chairs and other items, and Kelly-Anne Salazar, who has now baked almost 150 cookies to sell for her growing side business, Pinch of Purpose Vegan Baking.

Remember, the private Facebook group is for both Disneyland Resort and Walt Disney World Resort Cast Members, so no matter where the Cast Members worked in the United States, they can join the group! This is especially great for those Cast Members who are furloughed at Disneyland Resort since they may not know when they are being called back to work as we anxiously wait for the California Governor’s theme park guidelines.

“Ear For Each Other” is not affiliated with The Walt Disney Company.

Our thoughts are with all of those Cast Members who are being affected by this wave of layoffs.