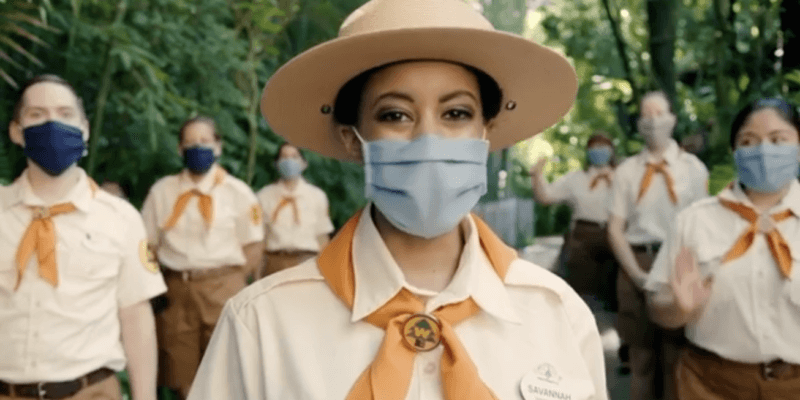 Yesterday’s Walt Disney Company layoff news shocked nearly everyone, from the Disney fan community to financial analysts to the impacted Disney Parks Cast Members. For those who missed the news, 28,000 Disneyland Resort and Walt Disney World Resort employees are being laid-off.

Now, the Orlando Sentinel has reported that Disney has alerted the state of Florida that 6,700 non-union Walt Disney World employees will be losing their jobs in December 2020. As per their report:

The notice to the state is the first indicator of how many Orlando employees are affected. The layoffs begin Dec. 4.

Several of the unions who represent Disney World employees said Tuesday they are in discussions with the company to determine details of the layoffs.

“Due to the continuing business impacts of the COVID-19 pandemic, we have made the very difficult decision to reduce our workforce,” wrote Jim Bowden, Disney Vice President of Employee Relations.

Related: ‘Yehaa Bob’ Will No Longer Perform at Disney World

This matters because union workers are protected, at least to a certain extent, by their union association. Disney World’s largest union, Orlando Local 652 Unite Here!, has already issued a statement regarding yesterday’s layoffs.

It is worth noting that every union collective bargaining agreement (CBA) is different, so there is no guarantee that union employees will be recalled to work at Disney World theme parks. However, Disney World Resort Cast Members who are not affiliated with unions do not have a CBA to fall back on whatsoever.

It remains to be seen exactly how this massive round of Disney layoffs will ultimately impact all of the workers at the company’s Florida theme parks, but the fact that nearly 7,000 of the impacted furloughed workers are non-union is certainly an interesting component of this developing story.

Disney has not yet announced if any Imagineering or Disney Cruise Line staff members will be laid-off. These departments also fall under the “Parks, Experiences, and Products” banner.

The layoffs are directly related to the coronavirus pandemic, which closed all six of Disney’s global theme parks earlier this year. While Disney World began its phased reopening amid COVID-19 in July, Disneyland Resort remains temporarily closed.

In a statement yesterday, Disney Chairman of Parks, Experiences and Products Josh D’Amaro said that decision to lay-off thousands of employees was largely necessitated by the fact that Disneyland Park and Disney California Adventure Park have not been allowed to reopen due to the pandemic.