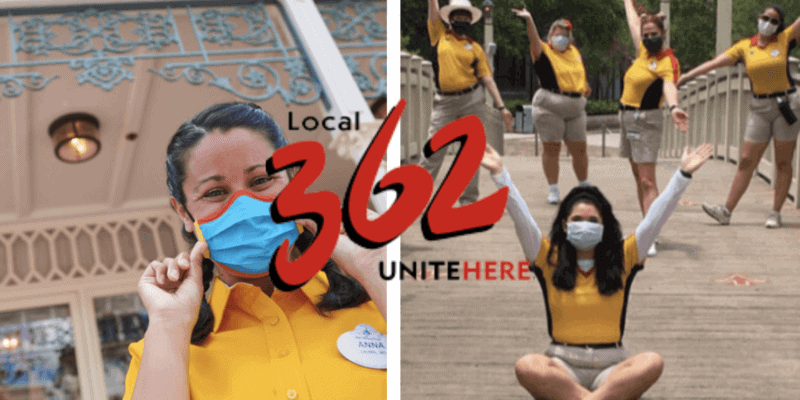 This afternoon, The Walt Disney Company shocked their employees, fans, and investors by laying-off nearly 30,000 theme park Cast Members at both Walt Disney World Resort in Florida and the still-closed Disneyland Resort in California.

Now, Unite Here! Orlando Local 362, Disney World’s largest union, has spoken out about the layoffs on social media. The union shared the following Tweet to their official account.

Related: Custodian at Disney World Reminds Us Why Cast Members Are Amazing

The 6 unions of the STCU represent 43,000 Cast Members at Walt Disney World.

We were disappointed to learn that the Covid-19 crisis has led Disney to make the decision to layoff Cast Members.

The statement, which required three Tweets to write, reads in full:

STATEMENT OF THE SERVICE TRADES COUNCIL UNION REGARDING LAYOFFS AT WALT DISNEY WORLD The 6 unions of the STCU represent 43,000 Cast Members at Walt Disney World. We were disappointed to learn that the Covid-19 crisis has led Disney to make the decision to layoff Cast Members.

Unlike at the other theme parks and hotels in Central Florida, Disney workers have a voice at the table because of our Union. We have begun negotiations with the Company about this news and its impact to Union members.
How many full-time and part-time Cast Members will be affected, how long health insurance and recall rights will continue and many other issues crucial to Cast Members are on the table. As soon as more information becomes available, we will notify our members. #1u #unitehere
Related: Third round of mass layoffs hit Disney and 20th Century Fox

In part, this statement to Disney Parks fans and Cast Members alike reads:

What do you think about Disney World’s biggest union’s response to these shocking layoffs? What is your opinion about the state of Disney’s theme parks right now?