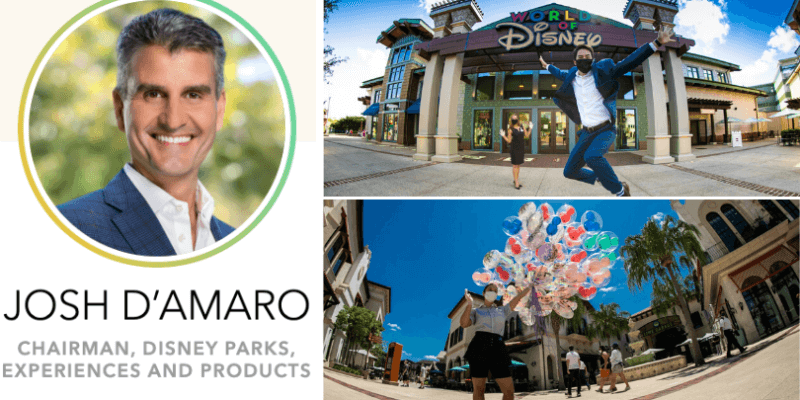 After a week of big announcements and new developments in the Disney world — from a corporate shake-up to Disney+ news to part of Walt Disney World Resort reopening after a two-month closure — it’s time for another round of Good Disney News.

Even though all of the U.S. Disney Parks remain temporarily closed until further notice, and the theatrical releases of several new Disney movies have been delayed, this week still brought us some Disney magic to hold onto. So with a little faith, trust, and pixie dust, here’s a roundup of happy Disney stories to brighten your week. 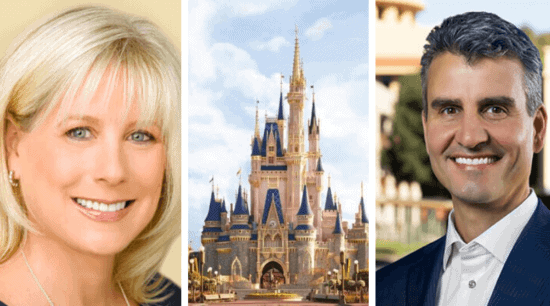 Many Disney fans know and love Josh D’Amaro, who served as President of Disneyland Resort before becoming President of Walt Disney World Resort. So it was no surprise that the announcement of his promotion was met with fanfare worldwide. D’Amaro will now serve as the Chairman of Disney Parks, Resorts, and Products, the position that Bob Chapek held before he was promoted to CEO.

Rebecca Campbell — who served as Disneyland Resort President and led Disney’s direct-to-consumer and international segment in Europe, the Middle East, and Africa before that — has also gained an impressive new position. She will now serve as The Walt Disney Company’s new Chairman of Direct to Consumer and International, the position that Kevin Mayer (who many thought would become Disney’s next CEO) just left. The news of Campbell’s new position has been met with positive responses from Disney fans, as well.

It’s official — Walt Disney World is starting to reopen! Well, sort of. The theme parks and resort hotels are still temporarily closed until further notice. But part of Disney World officially reopened to the public his week: Disney Springs.

Disney World’s shopping, dining, and entertainment district reopened on Wednesday. And although new health and safety protocol requires the use of face masks, social distancing, and limited capacity, that didn’t stop eager Disney fans from flocking to Disney Springs on reopening day.

This week, a select number of restaurants and retail locations not owned or operated by Disney reopened their doors. And next week, a few Disney-owned and operated locations will begin to reopen, too: World of Disney, the Marketplace Co-Op, and D-Luxe Burger.

And to the delight of fans of the Most Magical Place on Earth, Disney World is expected to reveal their reopening plans next week.

This week, Disney revealed some awesome announcements in honor of National Streaming Day!

The new Disney+ Muppets series, Muppets Now, has an official premiere date. The Simpsons will be available in its original aspect ratio at the end of this month. Disney released teasers for the upcoming Phineas and Ferb movie coming this summer, which you can watch here.

And if you want access to all of these upcoming releases and even more in Hulu and ESPN+, you can sign up for the Disney+ bundle for only $12.99 per month. You won’t want to miss out on all the awesome content coming to streaming platforms soon!

There were plenty more happy announcements that Disney shared this week!

When it comes to the parks and Disney Cruise Line, we shared some more positive news, too. Disneyland Resort announced that they would be extending the validity of several discounted tickets so that guests will have to use their already purchased tickets through the end of 2021. Disney Cruise Line also extended a great offer for those whose vacations have had to be postponed because of cruise cancellations, which you can read all about here.

A Babirusa piglet was born at Disney’s Animal Kingdom, we caught a glimpse of where the magic happens in the Disney Balloon Room, Shanghai Disneyland has resumed some live shows after the park officially reopened to the public, Hong Kong Disneyland began testing a soft reopening, and the Dapper Dans shared a heartfelt happy birthday video.

And of course — the Walt Disney World Resort monorails were spotted back up and running!

Just as we shared last week, we at Inside the Magic continue to keep everyone affected by the pandemic in our hearts during this time. We’ll do our best to keep spreading Disney magic as much as we can.