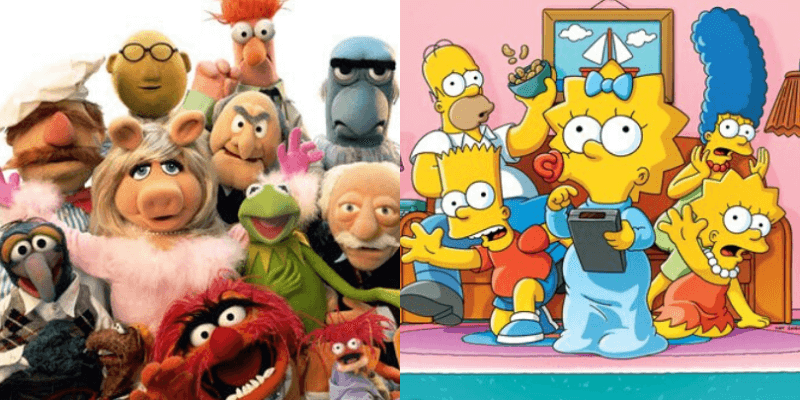 May 20 is National Streaming Day and Disney wants to commemorate the day by getting people excited about the #DisneyBundle: The special subscription package that gives streamers access to Disney+, Hulu, and ESPN+.

Disney’s flagship streaming service took to twitter with a schedule of several events to celebrate the day. They include official watch parties, trailer releases, special announcements, and exclusive first looks.

Disney+ kicked things off with a 24-hour Livestream event going on from midnight to midnight! Click here to join!

Livestream, but make it 24 hours of #StreamingDay epicness for the #DisneyBundle ? Can you believe @AlexWassabi, @AaronBurriss, & @MerrellTwins have been talking all things #DisneyPlus, @Hulu, and @ESPN+ since midnight?! And they’re just getting started! https://t.co/e2vX1Iwj4g pic.twitter.com/90xs6ElUJN

This morning Disney+ shared a very special video featuring several of the faces streamers will see on all three platforms as they share some of the shows and movies they are currently watching on Disney+, Hulu, and ESPN+.

On this very Wednesday, May 20, we celebrate National #StreamingDay. ? Chill out with these icons, and more, in honor of the series and movies you love across #DisneyPlus, @Hulu, and @ESPN+. #DisneyBundle pic.twitter.com/0qpvt9Mfw4

Again, Disney using National Streaming Day to make some very special announcements, and Inside the Magic will be updating this article as more announcements come forward.

Lights! Music! Muppets! …Unscripted! Get ready to see your favorite characters like never before in #MuppetsNow, an Original Series, coming July 31 only on #DisneyPlus. #DisneyBundle pic.twitter.com/1gLtOx3ckl

Season 1 is available for streaming on ESPN+

The Simpsons will be Available in its Original Aspect Ratio on May 28!

Fans will be able to begin watching the show in the 4:3 aspect ratio on May 28.

WOO HOO! We love a prediction for #TheSimpsons, especially coming from @AlJean himself in 2015. Episodes in original 4:3 aspect ratio are coming to #DisneyPlus on May 28. #DisneyBundle pic.twitter.com/WxEs9TC5D5

“The Longest Daycare” Simpsons Short Film Arrives on Disney+ May 29!

Disney’s latest live-action film will make its premiere on Disney+ on June 12.

The lair. The look. The gear. Celebrate #StreamingDay and check out this special look at @ArtemisFowl, streaming exclusively June 12, only on #DisneyPlus. #DisneyBundle pic.twitter.com/sbGl4ro6bm

Sneak Peak of Phineas and Ferb The Movie: Candace Against the Universe Released!

Enjoy this sneak peek of Phineas and Ferb The Movie: Candace Against the Universe, an Original Movie coming Summer 2020 to #DisneyPlus. #DisneyBundle pic.twitter.com/PPWgFZIFOG

As every Disney theme park shuttered around the world and people were asked to stay home, streaming services took center stage providing libraries worth of content for people to stream and binge-watch to help pass the time.

Disney+, in particular, has helped carry Disney through these times. It now boasts over 54 million subscribers and has become the home for new content such as Disney-Pixar’s Onward, Star Wars: The Rise of Skywalker, and Frozen II far ahead of schedule. And it will soon be the home of Walt Disney Pictures’ latest film, Artemis Fowl. Hulu has also taken an important role, becoming the home for all shows deemed not-so-family-friendly for Disney+ and ESPN+ is becoming the home for shows such as Peyton’s Place as well as live sports.

The Disney Bundle features all three streaming services together and is available for $12.99 a month.

Have you been watching a lot of Disney+, Hulu, or ESPN+ lately? What are some of your favorite shows? Let us know in the comments!

Comments Off on BIG Announcements from Disney+, Hulu, and ESPN+ on National Streaming Day!