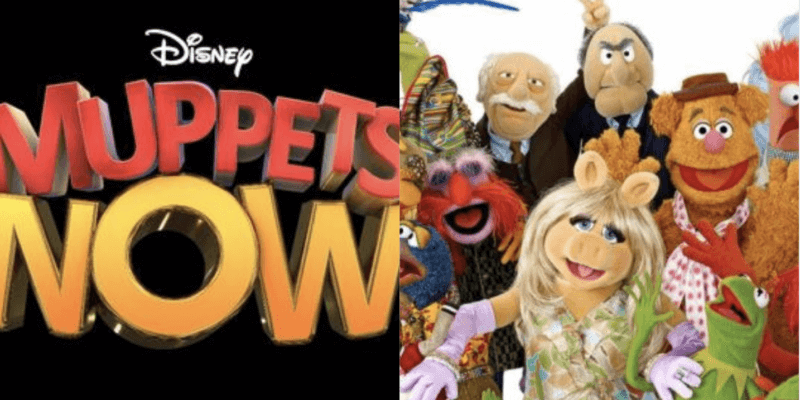 Previously, we reported that Disney Plus was preparing to launch a brand new Muppets revival series this summer! Today, the official Disney+ Twitter page has announced that the series, titled Muppets Now, will debut on the Disney+ platform on July 31.

Lights! Music! Muppets! …Unscripted! Get ready to see your favorite characters like never before in #MuppetsNow, an Original Series, coming July 31 only on #DisneyPlus. #DisneyBundle pic.twitter.com/1gLtOx3ckl

This is exciting news for fans of Jim Henson’s Muppets characters. So far, we know that the series will be directed by Kirk Thatcher, a longtime member of the Muppets production team. Thatcher began working on Muppets television shows, specials, and movies in the 1990s, so he knows the characters well.

From everything we know so far, Muppets Now will feature all of Jim Henson’s beloved puppets, including Kermit the Frog, Miss Piggy, Animal, Fozzie Bear, Rolf, Gonzo (and Camilla), and others.

At GalaxyCon Louisville last year, it was announced that the new Disney short form series will consist of eighteen ten-minute episodes. The Muppet series was filmed over a six-day period and is about three hours long in total. There has been no confirmation of who the Muppets Now celebrity guest stars are.

Currently, Disney Junior‘s Muppet Babies TV series, featuring Piggy and the rest of the gang, is available on Disney Plus.

In addition to the Muppets Now shorts, Disney+ is expected to get more exciting new content this summer. A brand new Pixar short titled “Out” will begin streaming this week on May 22.

In June, there is a full slate of new Disney+ content, including three episodes of Disney Gallery: The Mandalorian, the season finale of the Be Our Chef reality cooking series, a documentary entitled Walt and El Grupo, and the hotly anticipated June 12 streaming-only release of Artemis Fowl.

Artemis Fowl was originally scheduled for a May 29 theatrical debut, but Walt Disney Company executives decided to release the feature film directly to the Disney Plus streaming platform instead.

Are you excited about the Muppets Now debut date? We’re looking forward to it!