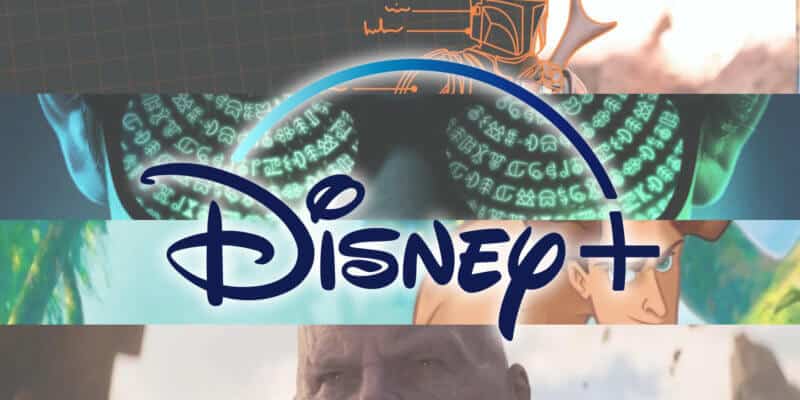 Everyone’s favorite streaming service is still premiering new titles throughout the rest of May. However it’s never too early to look at some of the upcoming Films and TV series getting ready to premiere on Disney+ next month in June!

This all-new documentary series on Disney+ will take viewers inside Lucasfilm/Disney’s newest Star Wars series The Mandalorian by exploring each chapter the series took along its creation in a set of roundtable conversations hosted by Jon Favreau. The series will also include behind the scenes footage and different interviews by creators of the.

Be Our Chef is Disney’s new cooking competition series which follows five food-loving families as they battle to create themed dishes inspired by the magic of Disney. The series is hosted by The Office star Angela Kinsey, and lets audiences watch the families as they cook and create signature dishes to be served at the Disney Parks.

This series follows Disney Legend Bill Farmer, most known as the voice of Goofy and Pluto for over 30 years, as he goes on a journey across the country meeting dogs with all kinds of amazing jobs that make our lives better.

One Day At Disney Short (Global)

This Disney Short series highlights the talented men and women who bring life to some of Disney’s most beloved stories.

Walt and El Grupo (US)

This documentary chronicles a remarkable ten-week trip that Walt Disney and a few hand picked artists and filmmakers took to South America at the behest of the U.S. Government as part of the Good Neighbor Policy in 1941. The international travel was all part of an effort to improve the relations between the Americas and was originally planned by the Roosevelt administration.

As we previously shared, this film was originally set for premiere in theaters. However, given the recent pandemic, the film made its way to Disney+.

Based on the best-selling young adult book by Eoin Colfer, Artemis Fowl delivers a big cinema-sized experience for audiences of all ages. From director Kenneth Branagh, the film is said to be a fantastical epic adventure, resplendent with beautiful landscapes and spectacular visual effects that will transport viewers to magical new worlds.

Tinker Bell And The Pirate Fairy (US)

The enchanting animated film stars Zarina, a smart and ambitious dust-keeper fairy who’s captivated by Blue Pixie Dust and its endless possibilities. Her story unravels when she flees Pixie Hollow and joins forces with the scheming pirates of Skull Rock, who make her captain of their ship.

Tinker Bell and her friends must embark on an epic adventure to find Zarina, and together they go sword-to-sword with the band of pirates led by a cabin boy named James, who’ll soon be known as Captain Hook himself.

In this Disney animated tale, the orphaned Tarzan (Tony Goldwyn) grows up in the remote African wilderness, raised by the gentle gorilla Kala (Glenn Close). When a British expedition enters the jungle, Tarzan encounters the beautiful Jane (Minnie Driver) and recognizes that, like her, he’s human. Falling in love with Jane, Tarzan is torn between embracing civilization and staying with his gorilla family, which becomes threatened by the ruthless hunter Clayton (Brian Blessed).

Predating his adventures as an adult vine-swinger, this animated feature has awkward teenager Tarzan (Harrison Chad) searching for an identity when he realizes that he’s out of place among the apes that have raised him. He ventures out into the jungle and imitates a series of other animals to see if they might be better role models. This approach does not succeed. It’s only when he meets a reclusive ape (George Carlin) that his journey toward self-discovery nears its destination.

Iron Man, Thor, the Hulk and the rest of the Avengers unite to battle their most powerful enemy yet — the evil Thanos. On a mission to collect all six Infinity Stones, Thanos plans to use the artifacts to inflict his twisted will on reality. The fate of the planet and existence itself has never been more uncertain as everything the Avengers have fought for has led up to this moment.

Which of these titles are you most excited to stream in June? Let us know in the comments!