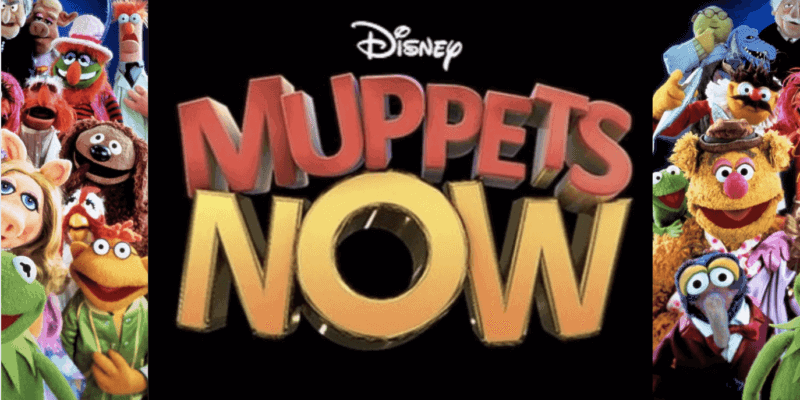 When the Walt Disney Company announced details about this Sunday’s Disney Family Singalong: Volume II on ABC, it was shared that Kermit, Miss Piggy, Gonzo, and the rest of the Muppets gang will open the show!

Disney also announced that Muppets fans have something very exciting to look forward to this summer. Muppets Now, a brand new series featuring all of Jim Henson’s original Muppets characters, will debut on Disney+ sometime in Summer 2020. An official debut date has not been announced.

It’s worth noting that this is not the streaming Muppets series that was set to involve Josh Gad. Walt Disney Studios executives cancelled production and, instead, turned the team’s attention to the upcoming Beauty and the Beast prequel series featuring LeFou (Gad) and Gaston (Luke Edwards).

The Disney team teased a new Muppets series on social media last year with this letter from Kermit:

Kermit continued, “And best of all? It will feature celebrity guest stars like…We’re so…to share more with you on…Thanks to the lovers, the dreamers, and you! Amphibiously yours, Kermit the Frog.”

Stay tuned to ITM for more information about Muppets Now on Disney Plus! We’re excited to see which stars appear alongside Kermit, Miss Piggy, Fozzie Bear, and the other Muppets friends.

Get All Your Muppets Gear Online

If you want to add some Muppets Studio magic to your everyday routine, shopDisney.com has lots of great merchandise featuring the Muppet puppets.

Take a walk on the wild side with this Animal wristlet or stow everything you need for a Disney Parks day in these Kermit and Miss Piggy backpacks.

Comments Off on NEW “Muppets Now” Series Streaming on Disney+ This Summer!