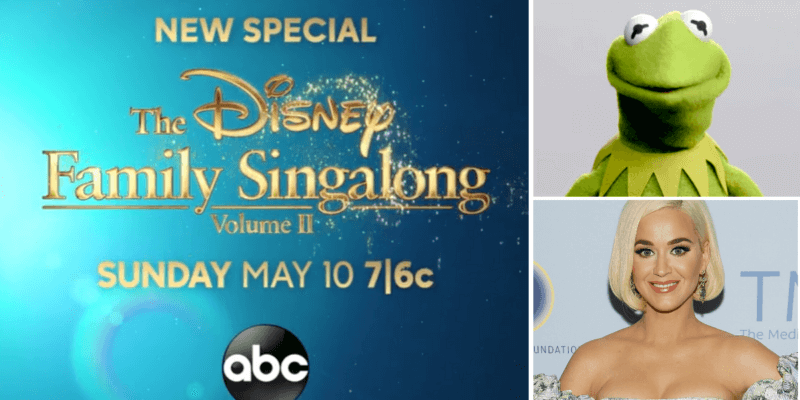 As we get another day closer to the second round of ABC’s Disney Family Singalong Special, we are receiving more confirmation on which celebrities will be taking part including Katy Perry, John Legend, and even the Muppets.

While, yes, ABC and Disney are still keeping a few surprises for us, here is the line up we know we can expect so far:

The event will open with the Muppets and a vocal warm-up led by Tituss Burgess.

It was not that long ago when Disney and ABC decided to spread as much Disney magic as they could to everyone stuck at home by launching the first Disney Family Singalong. It was a sensation that saw jaw-dropping performances by Auliʻi Cravalho, Michael Bublé, Disney Legend Christina Aguilera, and more. It also paid witness to Ariana Grande singing a cover of “I won’t say I’m in love” from Disney’s Hercules so good that fans were petitioning for her to play Meg in the upcoming live-action remake.

One can only hope that “round 2” will be just as magical.

Which celebrity appearance are you most excited for? Let us know in the comments!

Comments Off on From Kermit to Katy Perry: More Celebs for Disney Family Singalong Vol. 2