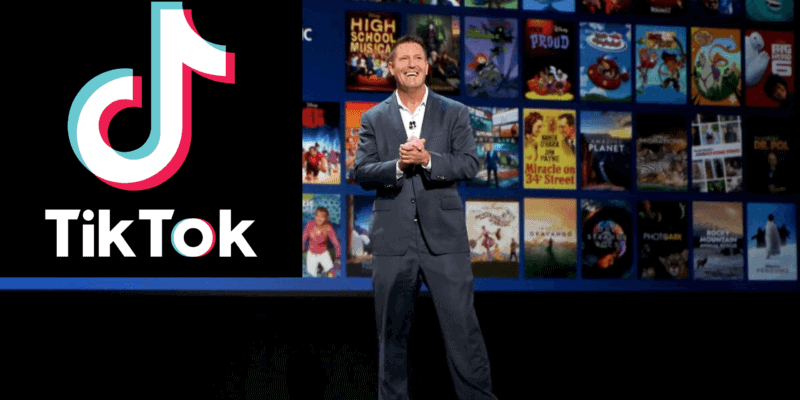 Huge news for Disney today as it has just been revealed that head of streaming at the Walt Disney Company, Kevin Mayer has just quit the company.

In a shocking twist, the 58-year-old is leaving the House of Mouse to join one of the biggest content and social media giants of the world, TikTok.

For the last two years, Kevin Mayer has worked as chairman within a Disney division that was called Direct-to-Consumer & International. This effectively put him in charge of cable television, ad sales and, of course, Disney+.

It’s a huge loss to the company but to be honest, it’s not the biggest surprise to see him depart. He expected to be one of the guys at Disney to be promoted to CEO following Bob Iger’s announcement that he was stepping down back in February. When Bob Chapek took the role, a man who many Disney fans are on the fence about, it would have come as a bit of a blow.

That being said, Disney CEO Bob Chapek had some very kind words of working with Kevin over the years:

“Kevin has had an extraordinary impact on our company over the years. Having worked alongside Kevin for many years on the senior management team, I am enormously grateful to him for his support and friendship.”

It’s clear that by taking the CEO position at TikTok, Kevin was looking to grab the role at Disney.

Disney Plus is the other big reason why Kevin may have stepped down. Although the launch has been incredibly successful with shows like The Mandalorian, Prop Culture and The Clone Wars all proving to be big hits, many sources state that Disney still isn’t sure how to handle Disney+.

A point proved by an earlier article of mine that discussed censoring on the platform.

TikTok is getting an incredibly experienced senior leader as the new CEO and he joins at the perfect time as the platform looks to work out how to generate revenue from ads and partners.

There’s also been a lot of shakeup in management today at Disney with new leadership announced for Disney’s theme parks.

What are your thoughts on Kevin Mayer leaving the Walt Disney Company? Let us know in the comments below.