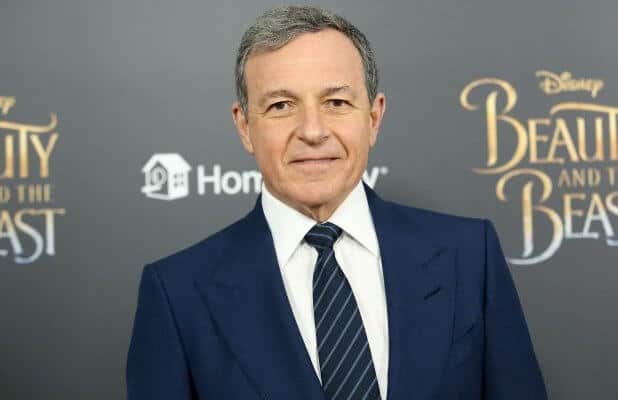 Disney CEO Bob Iger, the man who arguably has taken the Walt Disney Group from a simple billion-dollar company into a media conglomerate, will step down as Chief Executive Officer effective immediately, it’s been announced.

According to a statement from Disney, Mr. Iger will remain as Executive Chairman until the end of 2021.

Related: Bob Chapek says “10-hour waits” are not a sign of success at Disney Parks

Iger said in a statement:

“With the successful launch of Disney’s direct-to-consumer businesses and the integration of Twenty-First Century Fox well underway, I believe this is the optimal time to transition to a new CEO.”

This is wild news for Disney fans, many of whom see Iger as the saving grace of the company after he took the reins over from Michael Eisner way back in 2005. Iger saw the company through some of its most lucrative times and has been in charge throughout its purchases of Lucasfilm (including Star Wars) Marvel Studios, and Pixar Animation Studios (famously collaborating with Steve Jobs), all of which saw it turn into the media giant we know it to be.

Bob Iger also references the purchase of Twenty-First Century Fox, another huge investment made during his time that is looking likely to pay off, big time. Bob Iger was also the head of the company when the decision was made to start making live-action reboots, two of which sit in the top 20 highest-grossing movies of all time, while many others have equally smashed it at the box office.

He also expanded the Disney theme park empire, investing heavily in China, an untapped Disneyland area with Shanghai Disney Resort. Not to mention, overseeing the incredibly popular streaming service Disney Plus, which looks to challenge Netflix and other major streaming service platforms with its collection of Star Wars, Disney, and Pixar Animation movies and tv shows.

Shares of Disney have fallen by 2.5% in the hours since the announcement.

Iger will be on CNBC to discuss his succession with Julia Boorstin at 5:30 p.m. EST. Inside the Magic will continue to update our website as more information is revealed regarding Iger’s position and Chapek’s new role.

What do you think of this announcement? Is there more to Bob Iger’s sudden departure than meets the eye? What was his greatest contribution to the Disney legacy? What does the future hold now that Bob Iger Disney is no more? Let us know in the comments below.