"Who is Bob Chapek?" Meet the New CEO of the Walt Disney Company - Inside the Magic 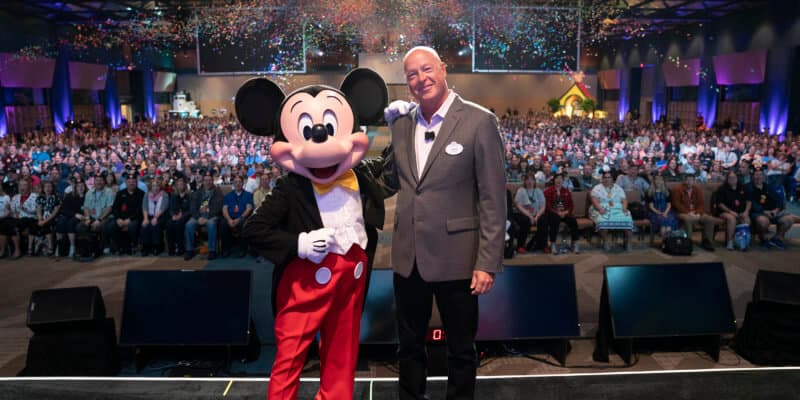 The Walt Disney Company has a new Chief Executive Officer. On Tuesday, February 25, 2020, Bob Iger made the surprise decision to immediately step down from his position. Taking his place will be chairman of Disney Parks, Experiences and Products, Bob Chapek.

Let’s take a moment to get acquainted with the 7th CEO in the history of the Walt Disney Company.

Mr. Chapek’s nearly three decades at Disney have been marked by growth and transformation. A visionary leader, he has championed using creativity and cutting-edge technology to drive expansion and improve the guest and consumer experience, developed and successfully implemented groundbreaking business models, and identified new revenue streams to achieve business objectives and sustain long-term growth.

In those three decades, Mr. Chapek has filled the following leadership roles:

The Experience and Products segment was created in 2018 and include Disney’s iconic travel and leisure businesses such as Disney Cruise Line, Adventures by Disney, and Disney Vacation Club, as well as Disney’s Global Consumer Products Operations. But while Chairman of Disney Parks and Resorts, Chapek oversaw a massive expansion in the parks worldwide including the opening of Shanghai Disney Resort, and the announcement of Star Wars: Galaxy’s Edge at Walt Disney World and the Disneyland Resort. Not to mention the expansion project poised for Disneyland Paris and Disneyland HongKong.

Also during his tenure, Disney Cruise Line fleet doubled in size and added a second private island destination in the Bahamas. Chapek is also credited as the reason more Disney IPs are being incorporated into the parks.

Learn More: “It was all started by a mouse” – But how big is The Walt Disney Company?

But Mr. Chapek also has a passion for philanthropy. According to the Walt Disney Company’s website:

Throughout, Mr. Chapek has made enhancing the employee experience a top priority, and he’s driven initiatives and programs related to education, healthcare, childcare, diversity and inclusion, veteran and active duty military appreciation, and workforce development. Mr. Chapek has also developed a close relationship with the Make-A-Wish Foundation, where he currently serves as a Board Member and helps the organization leverage the power of Disney to make a difference in the lives of children with critical illnesses and their families.

Mr. Chapek’s promotion begins immediately but he will continue to report to Bob Iger who will remain Executive Chairman for the time being, and the Board of Directors.