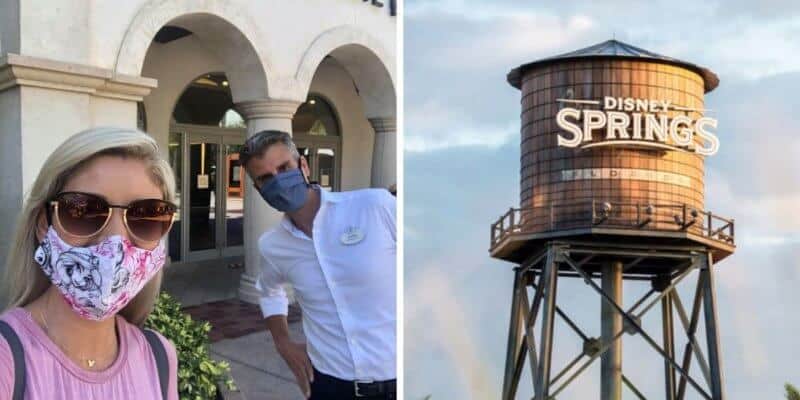 Disney Springs in Orlando, FL has officially reopened to the public after being closed since mid-March and guests are extremely excited to be back at Walt Disney World Resort — Including a very special someone.

Josh D’Amaro has been spotted visiting Disney Springs on reopening day and guests are loving it!

Disney also announced that many of the previous members on the team will continue to be a part of Disney Parks, Experiences, and Products. These members include:

And now, D’Amaro is roaming around Disney Springs, interacting with guests, and watching the Most Magical Place on Earth welcome visitors back. (And yes, he was wearing a face mask and following all of the safety and health protocols!)

One Twitter User, @robfux, tweeted out a photo of Josh D’Amaro and the rest of the Disney Leadership Team walking around Disney Springs near Sephora.

Please note at this time Walt Disney World Resort in Orlando, FL still has not yet announced a reopening day for its theme parks. Inside the Magic will continue to update you as we get more information.

Will you be visiting Disney Springs now that it has officially reopened? Let us know in the comments.