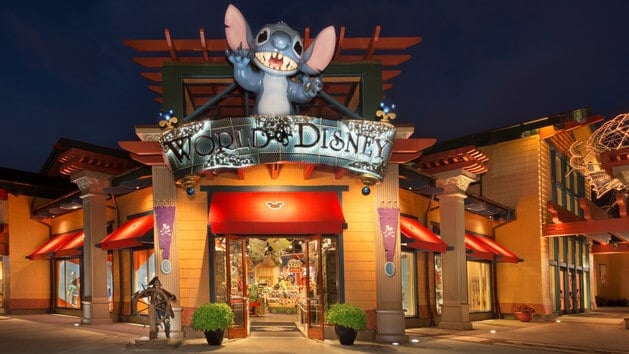 Disney has released a full guide to reopening Disney Springs, which states that the three Disney-owned and operated businesses opening on May 27 will be World of Disney, D-Luxe Burger, and the Marketplace Co-Op. You can read more here.

The Hollywood Reporter has just revised its information with Eric Clinton, President of the UNITE HERE Local 362 union. The new information now reflects a May 27 reopening date for its Disney-owned locations at Disney Springs, as opposed to the original May 24 date, which was issued initially. As a reminder, Disney has not yet officially announced this information as it comes from a union leader. Official updates from Disney will be posted here on the Disney Springs website as well as on Inside the Magic.

Below you can read our original article, which reflects the new opening date instead of the one that was by The Hollywood Reporter. We continue to wait for news from Disney, whose representatives stated that no official announcement has been made.

In an article published by the Hollywood Reporter, Eric Clinton of the Unite Here Local 362 union representing Walt Disney World Resort Cast Members shared the major news that the phased reopening of Disney Springs will continue with the reopening of Disney-owned and operated businesses presumably on May 27.

Eric Clinton, president of UNITE HERE, Local 362 told The Hollywood Reporter on Wednesday that park staff have a “mixed bag of emotions” about returning to work: potential infection is a major concern, but so is not being able to pay rent.

“Some are anxious to get back because the unemployment system [in Florida] is completely broken,” Clinton said. On May 20, only sub-contracted shops will be open in the Disney Springs shopping and dining complex. The next phase will start seven days later when Disney retail shops, such as World Of Disney Store and Disney eateries reopen, the union president said. For that, an additional 59 custodians will report back to work on May 24.

Disney is taking the safety of both the guests and employees with the utmost seriousness, explained Clinton, highlighting some of the precautions that will be put in place. All guests and employees will be required to wear masks. Disney will provide employees three washable masks. Guests will have their temperature checked and plexiglass dividers have been installed at registers. Guests will swipe their own payments cards, they will no longer be handled by employees. And custodians will be retrained to pay attention to high-touch areas.

Clinton would not speculate about when the rest of the resort, namely the theme park, might reopen, but he did point to the Monday reopening of Shanghai Disneyland Park, noting “what you see there is a lot of what you’ll see here.” The sprawling China park requires all guests and staff wear masks, has line queues and rides marked for one-meter social distancing and is allowing far fewer guests daily (below 24,000) than the maximum capacity, which is 80,000.

Note that it is currently not yet announced which of these locations will and will not reopen — all we know is that Disney-owned locations will begin to reopen, and we will share which locations those are once Disney has announced it. However, for your reference, below is a list of locations owned or operated by Disney at Disney Springs:

Additionally, as you can see in the quote above, the source also states that all guests and employees will have to wear masks, guests will have their temperatures checked, and registers will have plexiglass dividers installed, among many other health and safety procedures that will be followed as Disney Springs reopens. This protocol is not unlike what Disney CEO Bob Chapek shared this week.

Keep in mind that at the time this article was originally published, Disney has not formally announced this next step in the phased reopening of Disney Springs. This news has come from a union official who spoke with The Hollywood Reporter this week. We continue to wait to hear from Disney regarding Disney Springs news.

This news also comes after it was revealed that custodial Cast Members would begin returning to work at Disney Springs to prepare for the phased reopening of the shopping, dining, and entertainment district. Given how many were furloughed because of the park closures, it is great that these hardworking Cast Members will be able to return to work again as Disney Springs gradually reopens.

We also want our readers to keep in mind that Disney has not yet stated an official reopening date for the rest of Walt Disney World Resort in Florida (nor has an official reopening date been given for Disneyland Resort in California). As Disney fans, we continue to remain hopeful and we trust that Disney will reopen when they have deemed it safe to do so. It is clear from the reopening procedures that Disney is keeping the health and safety of Cast Members and guests as a high priority.