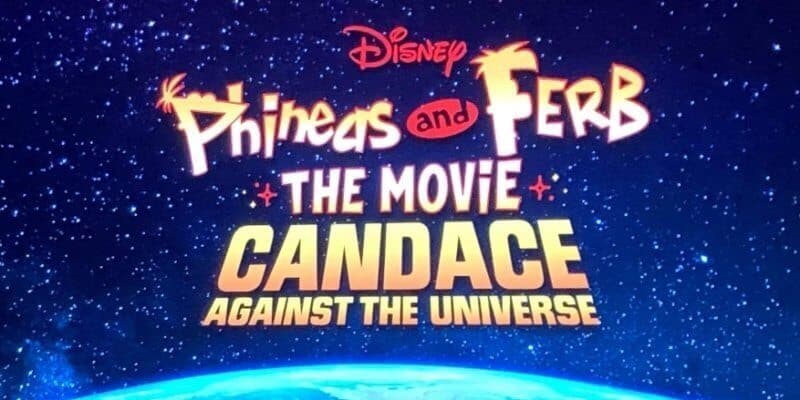 We may not know what we’re doing today, but we do know what we’ll be doing later this summer! Disney has just released teasers for the new original movie Phineas and Ferb The Movie: Candace Against The Universe!

Check out the two new images of the upcoming movie that Disney just released here:

Announced in 2019, the movie will reportedly have most characters reprise their roles except the character of Ferb, who will be voiced by actor David Errigo Jr. Some details of the move have been previously revealed by one of the animated series‘ co-creators Dan Povenmire.

The events of the movie will take place before the finale episode of the Disney Channel series and the conclusion of the boys’ summer vacation. It will follow Phineas and his cohorts as they embark on an animated adventure to rescue his older sister Candace (voiced by Ashley Tisdale) after she has been abducted by aliens. They are sure to be joined by other iconic characters of the Disney television animation during their adventure, like secret-agent pet platypus Perry and the evil Doctor Doofenshmirtz.

Despite some bumps in production due to the current health crisis, co-creator Dan Povenmire has taken to Twitter to provide updates on how the movie is coming along. In this tweet, Povenmire describes how he is polishing up the animation of the movie at home. He also describes how he is currently the only artist that is still on staff for the project in LA.

I’m doing these fixes myself because our overseas studios are under stress from Covid and I’m the only artist still on staff here in LA. #everyframecounts #PhineasandFerb #disneyplus pic.twitter.com/YmsQ80rJ77

Phineas and Ferb still airs on Disney XD, and is also available to stream on Disney+!

Are you excited for another adventure with Phineas, Ferb, and all of their pals? Share your excitement and thoughts with us in the comments below!