"Ride Is Destroyed": Disney World Fans Cry Out Against Miserable State of Attraction - Inside the Magic 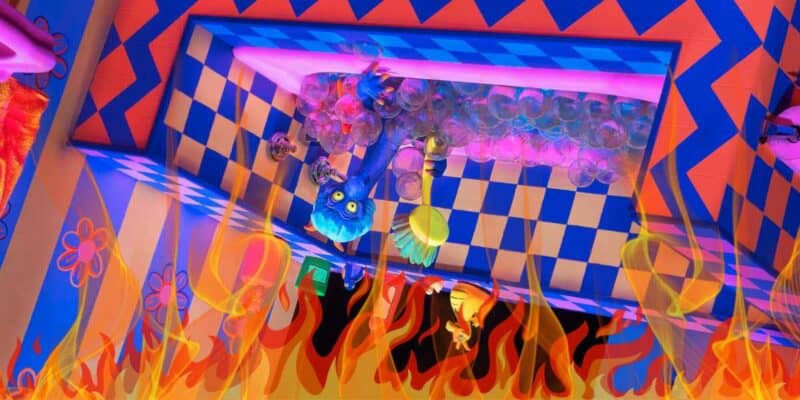 Guests are accustomed to embracing the magic at the Disney World theme parks. The Most Magical Place On Earth, at least on surface level, is full to the brim of nostalgia, adventure, and wonder, but many have been looking deeper at their favorite Disney Park hotspots and noticing the lack of upkeep across the Resort.

Walt Disney World Resort is nearing the end of its 50th anniversary celebrations, dubbed The World’s Most Magical Celebration. Since the event began on October 1, 2021, Disney fans from all across the globe have visited the Disney World theme parks to experience old favorites, as well as try out new attractions like EPCOT’s Guardians of the Galaxy: Cosmic Rewind and Remy’s Ratatouille Adventure, observe the fireworks spectacular Disney Enchantment over Cinderella Castle, and revisit themed lands like Pandora at Disney’s Animal Kingdom, and Star Wars: Galaxy’s Edge at Disney’s Hollywood Studios.

However, in spite of record attendance, sold-out Park Pass reservations, and long lines for almost everything, Disney World and by extension other Disney Parks like Disneyland Resort have come under fire for increasing prices, the Disney Genie+ FastPass replacement, and the continued existence of the 2 p.m. (1 p.m. at Disneyland) Park Hopper rule.

In addition to the operational challenges many are facing when visiting Disney World Resort, Guests have noticed multiple attractions in need of repair and maintenance, with one specific situation leading to a discussion on the downfall of Disney and the company’s overall fall from grace.

And it began with a purple dragon and a broken screen.

Sharing to the popular Walt Disney World subreddit, RequirementKitchen54 posted an image of the historic Journey into Imagination with Figment complete with broken screens. They said:

Haven’t seen Disney attractions this poorly upkept ever. Taken on 12/30 at Journey into Imagination @ EPCOT. from WaltDisneyWorld

Known for its quirks and smells, the attraction is notorious for being a little haphazard with its quality. Often screens will break down or the ride vehicle will stall and judder, but this recent post sharing the downed screen display has stirred discourse on the decreasing quality of Disney Parks — not to mention the “Bring Back Dreamfinder” revolt also happening.

poor figment 🙁 he deserves so much better

Was also there like 3 weeks ago and this room and the eye doctor from before it had no audio.. Just sat in silence for two rooms.

Ride is destroyed. Better to retire it than give it this treatment.

As more comments came in, the discussion grew to a deeper conversation on quality. Kycatalyst said:

A lot of the older rides are really starting to show some wear and tear. Some need some major updating. The figment ride screen was broken when we went before Christmas. Not to mention several other rides just don’t sound good or are starting to really show age.

And then there is the Universal shadow brewing on the horizon. Universal Orlando Resort is now just two years out from opening its third theme park, Universal’s Epic Universe. Meanwhile, Disney has not announced and confirmed any new lands or attractions since TRON Lightcycle / Run almost six years ago. One user, EN1009, noted this:

Nothing truly surprises me anymore. People making the decisions these days only care about the bottom line…

There’ll be a royal reckoning in the next 5-10 years though. Disney has no idea the level of damage they’ve done to their brand. My kid’s gonna grow up a Universal fan

It feels like we’re experiencing in real time Disney’s fall from grace in almost every area. Movies are underperforming in spite of money earned, parks are showing poor upkeep of attractions, and hotels are being thematically bulldozed to make way for cheap IKEA junk. It’s embarrassing.

Disney has garnered a lot of negative attention in many areas of its business. Both Walt Disney  Studios Motion Pictures and Disney Pixar drew ire after the release of Strange World (2022) and Lightyear (2022). Likewise, the theming of places like Carousel Coffee at Disney’s BoardWalk Inn, and the upcoming DVC tower at Disney’s Polynesian Village Resort, has caused fans to question Disney’s lack of Imagineering and imagination for newer hotel assets.

Related: As Work Continues on Disney’s “Marriott” Hotel, One Resort Experience Will Soon Be Unavailable

It will be interesting to see the future unfold when it comes to Disney Parks. D23 Expo 2022 offered a lot of hope when it came to new attractions and experiences, and only time will tell if those “blue sky” ideas will come to fruition.

Do you think upkeep at Disney World is poor? Let us know in the comments down below!