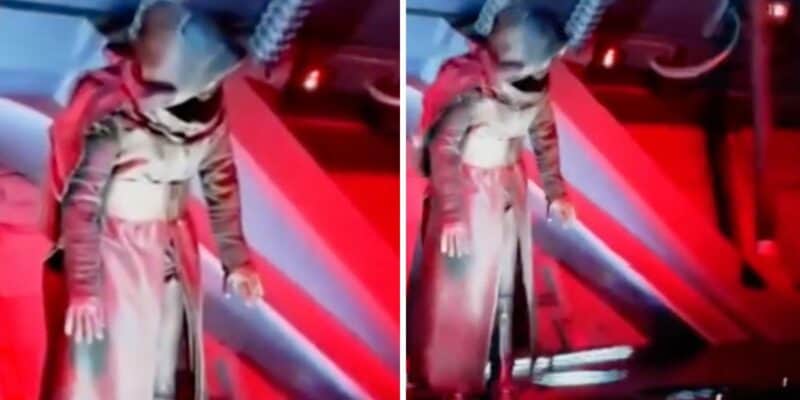 Everyone knows that Walt Disney World is filled to the brim with incredible experiences. These can, of course, range from thrilling rides like Expedition Everest to slow-moving dark rides like the iconic Haunted Mansion.

But one of Walt Disney World’s most ambitious rides can be found in its new Star Wars-themed land.

On the fictional planet of Batuu, Guests can enjoy all kinds of unique Star Wars experiences. Here, Guests can experience two incredible attractions, meet characters like Rey and Kylo Ren as well as try the infamous blue milk.

But if we’re being honest, the main draw of the land is Disney’s incredibly ambitious attraction called Star Wars: Rise of the Resistance.

Ever since Rise of the Resistance opened at Walt Disney World, Star Wars fans have been flocking to Disney’s Hollywood Studios for their chance to join the Resistance and take on the First Order. Throughout the experience, Guests will spot characters from the franchise, including Rey, BB-8, and Kylo Ren.

The ride is an incredible display of Disney Imagineering’s talent and eye for detail, offering an exhilarating journey on a trackless ride system.

However, due to how complex the ride is, breakdowns are quite common.

These breakdowns can extend to the animatronics in the ride as well, as shown in the video linked down below:

Sometimes, when Disney knows an animatronic needs work, they will continue to operate the ride but use a b-mode version (or backup plan) so that the ride can still run.

Having a B-mode version allows Disney to continue operating the ride instead of shutting it down for one animatronic malfunction. Disney has something similar for Animal Kingdom’s Na’vi River Journey.

If the iconic Shaman animatronic at Na’vi River Journey is not working properly, Disney will remove the animatronic, and instead, Guests will see her on a screen.

Have you ever witnessed a malfunction with an animatronic?