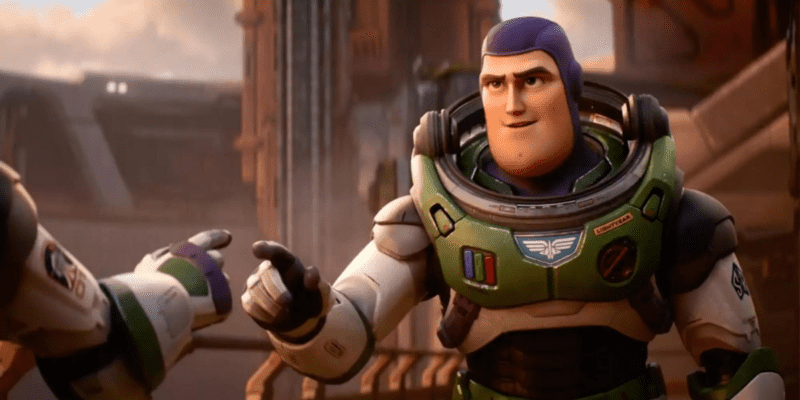 There may not be a more beloved Disney Pixar franchise than Toy Story, which has become an absolute staple and icon in the amination industry.

The original produced a worldwide box office total of more than $365 million on a budget of just $30 million. From there, the sequel nearly doubled its numbers, with more than $511 million. Both Toy Story 3 and Toy Story 4 would go on to generate more than $1 billion apiece in each of their debuts.

The four films kept the majority of their casting together over the years, with Tim Allen (Buzz Lightyear) and Tom Hanks (Woody) each reprising their roles in not just the films but also several Pixar animated shorts throughout the years.

Then came the controversial Lightyear, which featured the backstory of the beloved character Buzz Lightyear. The film was released in 2022 with a budget of $200 million. While this was expected to be the “animated feature of the summer,” the film completely bombed at the box office, producing just $50 million in its opening weekend and $218 million worldwide for its run in theaters.

On the flip side, the film’s major competitor, Minions: The Rise of Gru (2022), nearly generated $1 billion worldwide and was the fifth-highest-grossing film of the year. Just for reference, the Illumination film had a budget of just $80 million (more than $120 million less than Lightyear).

Now the director of Toy Story has reportedly come forward with some pointed comments about the film, as well.

John Lasseter has not been in the Pixar Studios for quite some time after reports of sexual misconduct came forward several years ago, but that hasn’t stopped him from being outspoken about the studio.

A report from The Direct indicates that Lasseter “does not like what Disney has done with its animated titles since his departure.”

Lasseter isn’t the only one who has been critical of Disney and its decisions with animated features over the last year. Many questioned the decision to make a movie about Buzz Lightyear without bringing back Tim Allen. Disney explained the decision by saying that Lightyear was based on “the real man, not the toy” and that’s why Chris Evans was given the role, but this didn’t fly with fans.

Tom Hanks noted that he thought Allen should’ve been a part of the film, as well.

Outside of animation, Disney continues to be successful at the box office. Black Panther: Wakanda Forever (2022) amassed more than $810 million, and Avatar: The Way of Water (2022) has already brought in an impressive $1.38 billion thus far at the box office.

What did you think of Lightyear? Let us know in the comments!