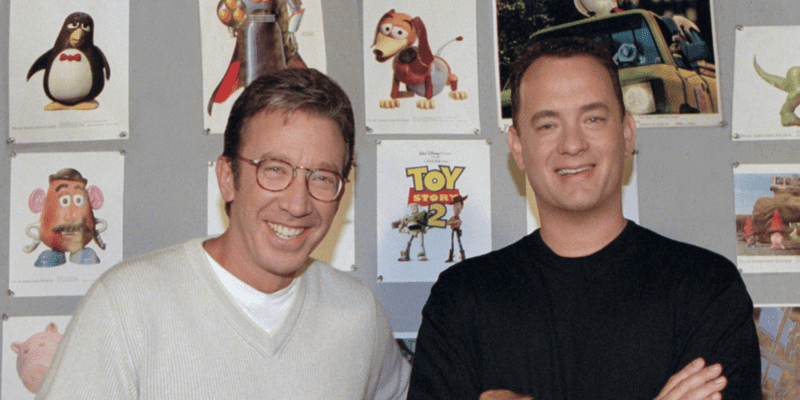 Tom Hanks is a renowned actor who is known for his role as Woody in the hit Disney Pixar franchise Toy Story, as well as many other blockbusters including Saving Mr. Banks (2013), A Beautiful Day in the Neighborhood (2019), Sully (2016), Saving Private Ryan (1998), and Forrest Gump (1994).

Just recently, the actor sat down with The Independent to discuss a plethora of topics and he was asked about his co-star Tim Allen– who played the voice of Buzz Lightyear– being replaced in Disney’s latest film Lightyear (2022), which hit theaters just a couple of weeks ago.

Hanks, who plays Tom Parker in the blockbuster Elvis (2022) that is also currently in theaters, said that he wanted to go head-to-head with Tim Allen.

“How about that? I actually wanted to go head-to-head with Tim Allen and then they didn’t let Tim Allen do it. I don’t understand that,” Hanks said.

When Chris Evans voicing Buzz Lightyear came up, the husband of Rita Wilson had this to say:

“Yeah, yeah, I know. Here’s the thing: I want to go back in the theatre with a bunch of strangers and leave with something in common. That’s what I want to do and, going to see a movie with [Allen] – I’m looking forward to that.”

If you want to see Tim Allen back in his Disney roots, you can later this year when The Santa Clauses, a new Disney+ series, is available for streaming. Allen will reprise his role as Santa Claus and Scott Calvin in the series.

What do you think of Tom Hanks’ comments? Let us know in the comments!