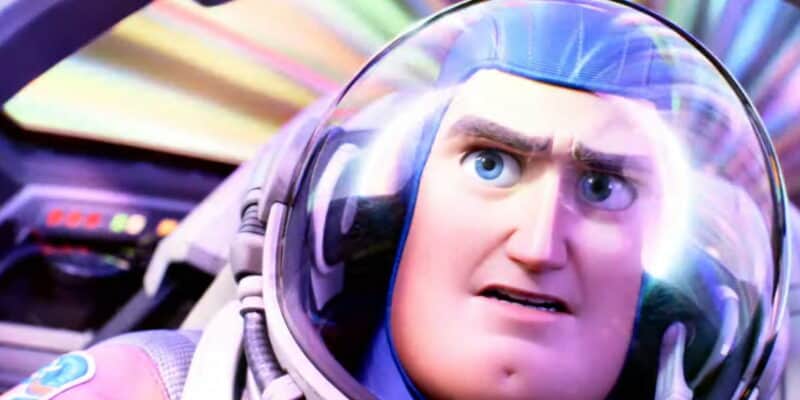 Reviews have certainly been mixed for Disney Pixar’s Lightyear as the film hit theaters this past weekend.

There has been plenty of controversy surrounding Disney Pixar’s newest film, Lightyear, billed as the origin story of Buzz Lightyear based on the real-life man who inspired the toy. Played by Chris Evans, Disney revealed that Lightyear is the movie that Andy from the Toy Story franchise saw to make him want a Buzz Lightyear toy in the first place.

The movie has been met with controversy on several levels following a revealed same-sex kiss and backlash from many fans who believe Tim Allen (the original voice in Toy Story) should’ve still been the voice of Buzz rather than the Marvel star Chris Evans.

Nonetheless, results from the film’s first weekend in theaters came out and they were very overwhelming. With a budget of $200 million, the film grossed $50 million over the weekend. While the number is not catastrophic, for Disney Pixar, Lightyear ranks as one of the studio’s lower starts, behind Cars 3 ($53 million) and only ahead of The Good Dinosaur ($39 million) and Onward ($39 million). It’s also one of the rare Pixar films to not take the top spot at the domestic box office.

However, the backlash from fans and inflation aren’t the main reason why Lightyear has seen its disappointments thus far, according to Forbes’ Scott Mendelson.

Mendelson shared that he believes Disney+ has played as big of a factor as any and that there were lessons that could’ve been learned from the blunders of Solo: A Star Wars Story (2018) that weren’t picked up on in the Toy Story prequel.

“Two years of Disney teaching its consumers to watch its big-budget tentpoles “for free” or “at home to own for the price of a few tickets” on Disney+ is exactly the long-term problem I warned it would be,” Mendelson said. “When you offer acclaimed, high-quality Pixar flicks at home but then offer the one that (while well-reviewed) is generally considered to be inferior and pitched more at adults in theaters, families might just decide to wait until Minions: The Rise of Gru in two weeks or Thor: Love and Thunder in three weeks.”

In terms of the Disney Parks, there have been rumors that Disney will use a possible Lightyear overlay on Space Mountain in the future and that the attraction could be rethemed before it’s all said and done.

Have you seen Disney Pixar’s Lightyear? Let us know in the comments!